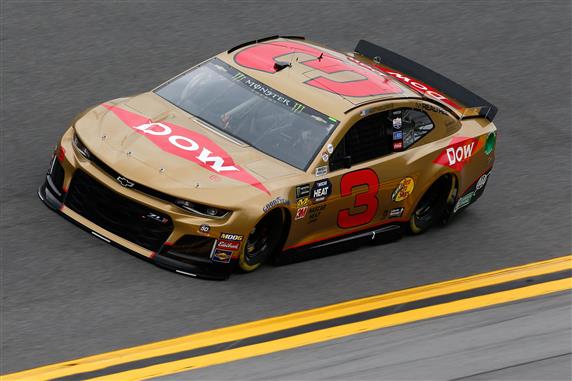 2019 RECAP: Austin Dillon got off to a good start in 2019. He had an average finishing position of 15.2 through the first 12 races of the season. That included top-10 finishes at Auto Club Speedway and Richmond. He really went into a slump during the summer with finishes outside the top 30 at Daytona, Kentucky, Watkins Glen and Bristol. These poor performances killed any chance the No. 3 team had of making the playoffs. Dillon finished 21st in the NASCAR Point Standings and that is unacceptable for a team with the resources that Richard Childress Racing has at their exposure.

2020 Preview: Richard Childress decided to shake things up before the 2019. He paired Austin Dillon with his former Xfinity Series crew chief, Danny Stockman Jr. The experiment did not work. Dillon went from 13th in the Point Standings in 2018 to 21st last year. RCR decided to bring back Justin Alexander as the man on the pit box for the No. 3 team in 2020. Dillon had some success with Alexander calling the shots and the pair was able to win the Daytona 500. Bringing back Alexander could be the spark the team needs and give Dillon a lot more fantasy value than he had in 2019.

For some reason Dillon has a history of starting off the season well and fading down the stretch. He is usually really good on the west coast races and we can never count him out on the Superspeedways. It may not be a bad strategy to use Dillon in our fantasy lineups early in the season at Daytona, Las Vegas and Auto Club Speedway. Those are three of his better tracks.

Austin Dillon was a decent pick in season long games (Fantasy Live and Driver Group Game) but he did not have much value in DFS (Daily Fantasy Sports) because he often qualified too well on the Intermediate Tracks. Dillon finished 10th at Chicago, 12th at Las Vegas, 13th at Texas and 8th at Homestead. Two of Dillon’s best tracks are Auto Club Speedway and Michigan Speedway. He likes to go fast and the draft usually comes into play with the current downforce package at these 2-mile ovals. Make sure Dillon is in your lineups at the Auto Club and Michigan. You can also take a chance with him for qualifying bonus points in Fantasy Live and the Driver Group Game at all 1.5-mile tracks. (Austin Dillon ranked 22nd in fantasy points scored on the Intermediate Tracks in 2019)

Austin Dillon is a boom or bust driver on the Superspeedways. He is either going to compete for the win or end up on his roof. That makes him a risky pick, but one that could pay off if you are lucky. Dillon won the 2018 Daytona 500 and he won the Xfinity Series race at Daytona in 2015. He has more value in Florida than he does at Talladega. Dillon is worth a spot on your fantasy team in the Driver Group Game to save allocations with the better drivers and he is worth a place in your DFS lineups if he qualifies outside the top-20. There are better picks for your Fantasy Live lineups at the Superspeedways. (Austin Dillon ranked 10th in fantasy points scored on the Superspeedways in 2019)

Austin Dillon qualified 6th and finished 6th in the spring race at Richmond. That was the only race on a Flat Track where Dillon had any success. He finished 21st and 24th in the two races at Phoenix and 32nd at Loudon. If you want to use Dillon at a Flat Track it needs to be at Richmond. He has finished two of his last three races at Richmond in the top 6. There are better choices for your fantasy team at Phoenix and Loudon. (Austin Dillon ranked 20th in fantasy points scored on the Flat Tracks in 2019)

Austin Dillon was not very good at the short steep tracks last year but he was a good pick at Darlington. Dillon had a 22.2 average finishing position in the four races at Bristol and Dover. He has not finished in the top 10 Bristol since 2016 (seven races ago). He has had some success at Dover but not enough to make him a good fantasy pick. The No. 3 car needs to be in your lineups at Darlington. The Lady in Black ranks as the best track for Dillon. He has a 10.5 average finishing position at the Track Too Tough to Tame and he has only finished one race outside the top 16 at Darlington. (Austin Dillon ranked 20th in fantasy points scored on the Steep Tracks in 2019)