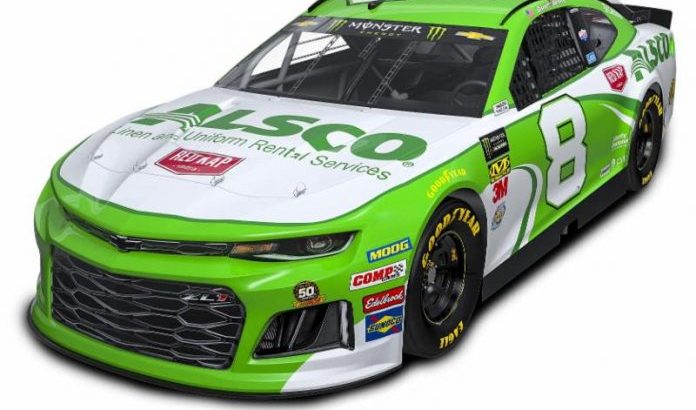 2020 Preview: Tyler Reddick will replace Daniel Hemric in the No. 8 car for Richard Childress Racing. The move to Cup Series should be a little easier for Reddick since the No. 8 team will be filled with many of the people who were with Reddick in the Xfinity Series. Randall Burdett will once again serve as the crew chief for Reddick. The two had a lot of success in the Xfinity Series. It will be interesting to see how their success translates to the Cup Series. I expect Reddick to run a lot better than Daniel Hemric in the No. 8 car. I would not be surprised if he were to beat Cole Custer and Christopher Bell for the Rookie of the Year award. The only thing holding him back his the lack of speed the RCR cars have compared to the Joe Gibbs Racing and Stewart-Haas Racing cars.

Tyler Reddick drove the No. 31 car for Richard Childress Racing in the Daytona 500 last year. He finished 29th but that does not mean he is a bad pick. Reddick won at Daytona and Talladega in the Xfinity Series so he knows how to manipulate the draft to get his car to the front. I would not use him at the Superspeedways in the Driver Group Game because his value is too high at the shorter tracks to use an allocation at the Superspeedways. He will be a good pick for DFS if he qualifies outside the top 20.

The Xfinity Series competes at the Flat Tracks more than the Cup Series since they visit Iowa Speedway twice each season. Tyler Reddick has plenty of experience at these tracks with a lot of success. His average finishing position in his six Flat Tracks races in the Xfinity Series last year was 6.8. He is a better pick at the Steep Tracks and the Intermediate Tracks so use your allocations wisely with Reddick in the Driver Group Game. He should be a good option in DFS contests though.

If Tyler Reddick is going to shock the Cup Series and find his way to Victory Lane in 2020, it will be at a Steep Track. Bristol ranks as his third-best track. Reddick won the Night Race in Thunder Valley and he finished second in the Spring race. Darlington ranks as his second-best track. Few drivers in the Xfinity or Cup Series can run up against the wall as well as Reddick. He finished second and third in his two races at the Lady in Black. I would make sure Reddick is in your Driver Group Game lineup at Bristol and Darlington. He should also have a lot of value in DFS at these tracks. There are better options for Dover.