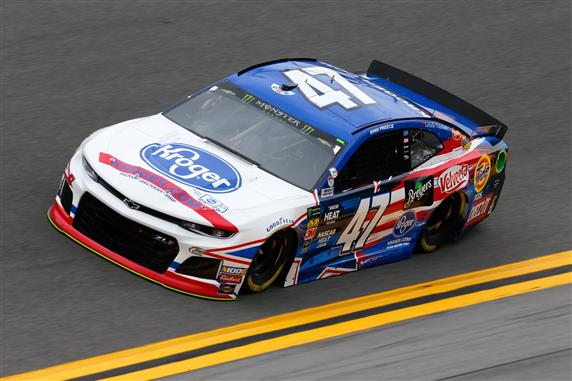 2019 RECAP: It was another disappointing season for Ricky Stenhouse Jr. He failed to make the NASCAR Playoffs for the second straight season. He finished 23rd in the Cup Series Point Standings and that was poor enough for him to be released by Roush Fenway Racing. Stenhouse did have some success in Fantasy NASCAR but it was hard to predict when he would finish in the 15 because he was so unpredictable. Stenhouse finished sixth at Las Vegas and fifth at Charlotte in the Coca-Cola 600 so he was capable of running well. His best tracks continued to be the Superspeedways.

2020 Preview: The 2020 season will be the first year Ricky Stenhouse Jr. will not be in a Roush Fenway Racing Ford in the Cup Series. Stenhouse will replace Chris Buescher at JTG Daugherty Racing but he will be driving the No. 47 car. This is the car which Ryan Preece piloted last year. Brain Pattie will serve as the crew chief. The two worked together since 2017 at Roush Fenway Racing. The move from Roush Fenway Racing to JTG Daugherty Racing is a downgrade for Stenhouse. If he cannot finish in the top 20 in points at Roush, it is hard to imagine him having much success with his new team. Stenhouse will still be a good pick at the Superspeedways but I would take a “wait and see” approach with him at the smaller ovals in 2020. It will be interesting to see if Stenhouse can have the same success at JTG Daugherty Races as Chris Buescher did last year.

Ricky Stenhouse Jr. was a sneaky good pick at a handful of Intermediate Tracks in 2019. He finished sixth at Las Vegas, 16th at Texas, 11th at Kansas, fifth at Charlotte, 12th at Chicago and 12th at Kentucky. He had a lot of value in DFS (Daily Fantasy Sports) at the Intermediate Tracks because of his cheap price and his ability to score place differential points. I would downgrade him at these tracks in 2020 but Chris Buescher had similar results at the Intermediate Tracks with JTG Daugherty Racing. I am going to see how Stenhouse runs at Atlanta and Las Vegas before I use him in my Fantasy NASCAR lineups. (Ricky Stenhouse Jr. ranked 23rd in fantasy points scored on the intermediate tracks in 2019)

There is no doubt that Ricky Stenhouse Jr. is one of the best drivers on the Superspeedway. He has the third-best average finishing position at these tracks over the last 10 races and he has led the fourth-most laps. The only problem with Stenhouse is he is a boom or bust driver at Daytona and Talladega. He is going to run up front, lead a lot of laps but he is also either going to finish in the top 5 or crash. The upside Stenhouse offers is too good to pass up. I would use him in both season long leagues (Fantasy Live and Driver Group Game) and DFS (Daily Fantast Sports) lineups at these tracks. (Ricky Stenhouse Jr. ranked 13th in fantasy points scored on the Superspeedways in 2019)

Ricky Stenhouse Jr. was a decent Fantasy NASCAR pick at Phoenix and Richmond but his aggressive driving style makes him a bad pick for Martinsville. Stenhouse finished 16th and 12th in the two races at ISM Raceway (Phoenix) and 16th and 10th in the two races at Richmond. His results will likely decline in 2020 because of his equipment, but he should still be a good cheap pick for your DFS lineup. (Ricky Stenhouse Jr. ranked 21st in fantasy points scored on the flat tracks in 2019)

Ricky Stenhouse Jr. was always consider a poor Road Course driver but he is starting to figure it out. He finished all 289 laps on the Road Courses last year and that is a step in the right direction. Stenhouse finished 21st at Sonoma, 15th at Watkins Glen and 17th at the Charlotte Roval. There are still better choices at these tracks in season long games, but Stenhouse could be a good low-owned driver for your DFS contest. (Ricky Stenhouse Jr. ranked 19th in fantasy points scored on the road courses in 2019)