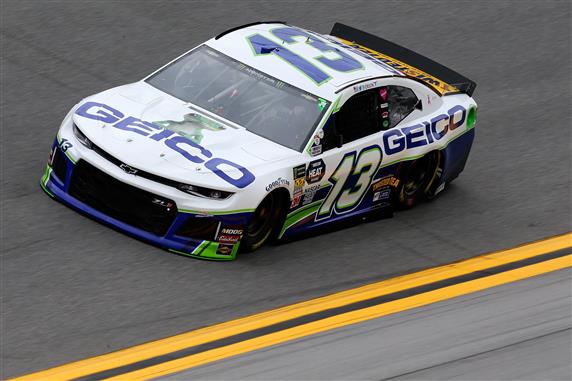 2019 RECAP: It was another disappointing season for Ty Dillon in the No. 13 car. There were rumors that he may retire following the season but Dillon said he has no plans to quit any time soon. Dillon was once again at his best at the Superspeedways. He scored top six finishes in both races at Daytona and a top 10 at Talladega. The No. 13 team got off to a slow start but picked up some momentum after they moved their shop to Welcome, North Carolina to be closer to Richard Childress Racing. This meant the team had access to the O.S.S. (Optimal Scanning System) so they could manipulate the shape of their cars to gain downforce before the cars arrived at the tracks. Dillon still had a hard time finishing inside the top 15 though.

2020 Preview: Ty Dillon showed improvement in the second-half of the 2019 season but it is hard to get excited about the No. 13 car in 2020. The competition is tougher this year with Cole Custer, Christopher Bell, Tyler Reddick and John H. Nemechek all entering the Cup Series. Dillon will still have Matt Boreland as his crew chief and GEICO as his sponsor for 32 races. Germain Racing will use cars supplied by Richard Childress Racing and the teams will share notes. Dillon will be a good pick at the Superspeedways in season long games (Fantasy Live and Driver Group Game). He will have some value in DFS (Daily Fantasy Sports) at some of the Flat Tracks and 1.5-mile Tracks.

Ty Dillon won people a lot of money in DFS if they played him in the races at the Superspeedways. Dillon qualified 22nd and finished 6th in the Daytona 500. He backed up his solid run with a 4th-place finish at the July race at Daytona. He also qualified 21st and finished 10th in the fall race at Talledega. Daytona ranks as the best track for Dillon and Talladega is his second-best track. Dillon is worth a spot in your Driver Group Game lineups at the Superspeedways and he should be a lock for your DFS lineup if he qualifies outside the top 20. (Ty Dillon ranked 5th in fantasy points scored on the Superspeedways in 2019)

Ty Dillon is just OK at the Steep Tracks. He finished 15th in the spring race at Bristol but that had a lot to do with his ability to avoid the wrecks and not because of his ability to pass cars. Dillon finished both races at Dover outside the top 20. There are better picks for your Fantasy NASCAR lineup at the Monster Mile. Dillon has always been a sneaky good pick at Darlington. Last year he qualified 29th and finished 20th at the Lady in Black. His positive place differential points made him a good pick in DFS contests at Darlington. There are better picks for your season long leagues at the Steep Tracks but Dillon will be a decent value pick in DFS if he qualifies poorly. (Ty Dillon ranked 21st in fantasy points scored on the Steep Tracks in 2019)