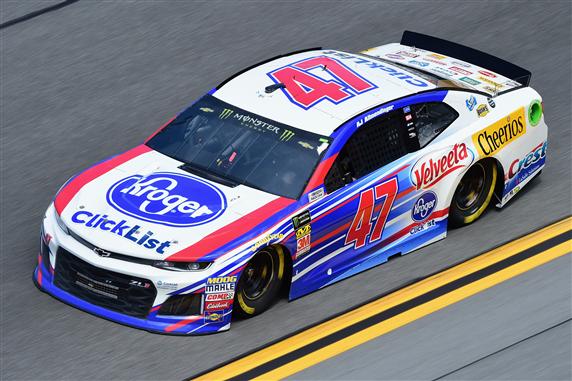 2019 Preview: Ryan Preece will take over the seat in the No. 47 car for JTG Daugherty Racing. AJ Allmendinger drove this car for the past five seasons. The team will have a new crew chief in 2019. Tristan Smith served as the crew chief for Chris Buescher in the final nine races of the 2018 season and now he will move over to the No. 47 car to call the shots for Preece. The team will also switch from ECR engines to Hendrick Motorsports engines in 2019. Allmendinger tested these engines in the final three races of the 2018 season. He finished 20th at Texas, 12th at Phoenix and 19th at Homestead. The new alliance with Hendrick Motorsports and the talent of Preece could really pay off for the No. 47 team this season.

Can Ryan Preece have the same success in the No. 47 car as AJ Allemendinger? If so, this ranking is too low. Allmendinger finished 22nd in the point standings and posted five finishes in the top 10. Preece will get everything he can out of his car. I would not be surprised if he had a handful of top-10 finishes in 2019.

Ryan Preece was pretty good at the intermediate tracks in the Xfinity Series. He competed in six races at these tracks in 2018 and Preece finished four of them in the top 10. He will not have the same advantage in the Cup Series as he did in his Joe Gibbs Racing Toyota in the Xfinity Series, but he should be fast enough to finish some of the races at the intermediate tracks in the top 20 this season. I would wait on using Preece until after the race at Kansas. If he performs well in the first five intermediate track races, then you can get him into your lineups starting with the Coca-Cola 600 at Charlotte.

Ryan Preece only has four starts in the Xfinity Series on the Superspeedways (Daytona and Talladega). He has never started a race in the Cup Series at these tracks. Preece finished 40th, 34th and 39th in his three starts at Daytona and 15th in his only start at Talladega. I would not recommend using Preece at these tracks until he gets more experience. He is a much better choice at the smaller tracks which show off his driving skills.

Ryan Preece only competed in three races at the flat tracks (Phoenix, Richmond, Martinsville and Loudon) in the Xfinity Series in 2018. He finished 3rd at Loudon, 5th at Phoenix and 18th at Richmond. Allmendinger had one of his best races of the season in November at Phoenix (He finished 12th), so there is a possibility Preece could have the same success. The car should be fast enough to finish in the top 15 at some of these tracks. Preece will have the skill to get the car into the top 15, but he may lack the experience to keep it there. I expect Preece will be a better fantasy choice in the second races at Phoenix and Richmond. I would not recommend using him at Martinsville since his experience is limited at that track.

Ryan Preece is at his best at the steep tracks (Bristol, Dover and Darlington). He competed in two races in the Xfinity Series at the steep tracks last year. He won the race at Bristol and finished 4th at Dover. Allmendinger finished four of the five races at the steep tracks between 17th and 22nd positions in the No. 47 car last year. I would expect similar results from Preece in 2019. He will have the most value in the Driver Group Game at these tracks. He will also have some value in DFS if he qualifies outside the top 25.

Ryan Preece has never driven a Cup Series car on a Road Course. He did compete in two Road Course races in the Xfinity Series last year and had good results. Preece finished 4th at Watkins Glen and 4th at the Charlotte Roval. Last year AJ Allmending was able to drive the No. 47 car to a 15th place finish at Watkins Glen and a 7th place finish at the Charlotte Roval. Thanks to Allmendinger, this team knows how to set up a car for the Road Courses. Preece should be able to finish the Road Course races inside the top 20.