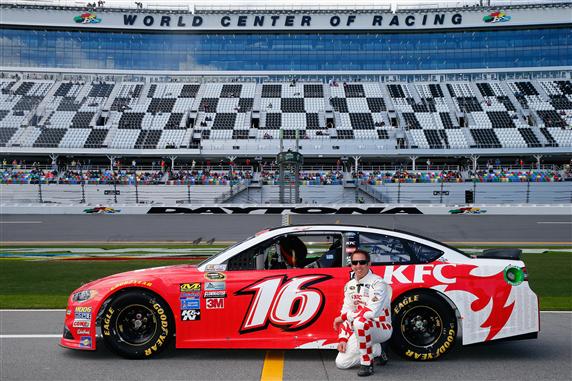 The 2017 NASCAR season is right around the corner. In order to get fantasy teams ready for the new season I decided to recap the 2016 season for my top 30 drivers and preview how I think they will perform this year. Each day I will post two driver previews until my No. 1 fantasy driver is revealed. I will get started with a driver who has yet to secure a ride for the 2017 season, Greg Biffle.

2016 RECAP: Greg Biffle had his worst season in the NASCAR Sprint Cup Series. He only had one top-five finish (New Hampshire) and only three finishes in the top 10 (Daytona, Kentucky and New Hampshire). Biffle had an average starting position of 20.2 and an average finishing position of 21.6. The highlight of his season was winning the pole and finishing in the top 10 at the summer race at Daytona. Other than that race, there was not much to be excited about for the No. 16 team.

The problem with Biffle in 2016 had a lot more to do with his team than it had to do with his driving ability. Biffle still has the talent to compete consistently in the top 15 if he is provided the equipment to do so. At the end of the season Biffle decided to leave Roush Fenway Racing and the team decided they will run two cars in 2017.

2017 PREVIEW: Biffle still does not have a ride for the 2017 season. The “good seats” have been filled up and there are only a couple of chartered spots left. I decided to include Biffle in my rankings because I have a hard time believing that a driver who has competed in the top series of NASCAR for 14 full seasons would just walk away with announcing a retirement. Biffle keeps including the No. 69 in his tweets, so I am guessing that he has something planned and it could involve the No. 69 car. (I could be way off on this too). Hopefully Biffle announces his 2017 plans soon.

Biffle’s success in the Monster Energy NASCAR Cup Series will depend on what team he signs with. If Biffle can somehow find a decent ride in 2017; he should be able to run well at most tracks. His best tracks are the large ovals. Biffle has had success at Atlanta, Auto Club, Charlotte and Chicago in his career. Fantasy teams should also consider Biffle at Daytona. He has won the summer race at Daytona but he is still looking for his first trip to Victory Lane in the Daytona 500.

Having many quality drivers to choose from makes fantasy racing fun and challenging. I hope Biffle competes in the Monster Energy NASCAR Cup Series in 2017. If not, it was fun watching him throughout the years and I wish him the best of luck in the future.