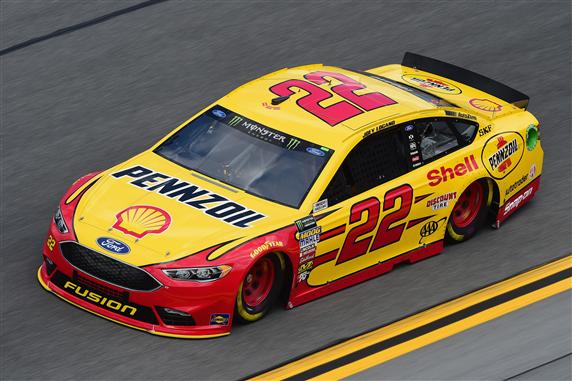 2018 RECAP: In his 10th season in the Cup Series, Joey Logano won the Monster Energy NASCAR Championship. It is hard to believe he has been around for that long but he is only 28 years old. Logano was the most consistent driver in the sport and that led to his success. Logano won three races (Talladega, Martinsville and Homestead), had 13 finishes in the top five (36% of the races), 26 finishes in the top 10 (72% of the races), won one pole (Kansas) and led 934 laps (4th most in the Cup Series). Logano finished every race in the playoffs, except Phoenix, in the top 10. He already had a trip to Homestead locked up so his team did not put much effort into the Phoenix race. It will be interesting to see if the No. 22 team has a hangover in 2019. (Joey Logano ranked 5th in fantasy points scored in 2018)

2019 Preview: If is aint brook, don’t fix it. Everything will be the same for the No. 22 team in 2019. Todd Gordon will serve as the crew chief and Roush-Yates engines will be under the hood. Ford will debut a new chassis this season. The team will switch from the Fusion to the Mustang. Ford has been working on this car for two years, so I expect a much smoother transition than what we saw with the Chevy teams last year.

Logano and Shell-Pennzoil are singed with Team Penske through the 2023 season. Logano has nothing to worry about except racing. He should once again be one of the most consistent drivers in Fantasy NASCAR. He will stockpile the top-10 finishes, but he needs to lead more laps and win more races in order to crack the top five of my rankings.

Joey Logano was one of the drivers you could pencil in as a top-10 driver on the intermediate tracks and then focus on the rest of your fantasy team. Logano finished 10 of the 11 1.5-mile track races in the top 10. He was also able to lead 329 laps in these races. Logano is a great pick at Las Vegas, Texas and Homestead. He is almost a lock for a top-five finish at these three tracks. (Joey Logano ranked 3rd in fantasy points scored on the intermediate tracks in 2018)

Joey Logano is the best pick in Fantasy NASCAR at the Superspeedways (Daytona and Talladega). He has three wins at Talladega and a Daytona 500 win in 2015. Logano has finished five of his last eight races at Daytona in the top 10. He has finished four of his last six races at Taladega in the top five (including three trips to Victory Lane). Logano is the best pick for the Driver Group Game at the Superspeedways, but he usually qualifies to well to use in Daily Fantasy Sports (DFS). (Joey Logano ranked 1st in fantasy points scored on the Superspeedways in 2018)

Joey Logano has a lot of fantasy value at the flat tracks (Phoenix, Richmond, Martinsville and Loudon). He won the fall race at Martinsville and finished 6th in the spring. Martinsville has been one of the best tracks for Team Penske Racing. Logano is also good at his home track in New Hampshire. He has finished seven of his last eight races at the Magic Mile in the top 11, including four consecutive top-four finishes in 2014-2015. Logano has been one of the most consistent drivers at Richmond. He finished nine of the last 10 races at the track in the top 10, including wins in 2014 and 2017. Fade Logano at Phoenix. His average finishing position in the desert over the last two seasons is 24.75. (Joey Logano ranked 9th in fantasy points scored on the flat tracks in 2018)

Joey Logano was good on the steep tracks (Bristol, Dover and Darlington) last year. He finished 4th and 9th at Bristol, 3rd at Dover and 2nd at Darlington. He was also able to lead laps in all of these races. Lagano is a better pick in DFS at these tracks then he is in the Driver Group Game. There are drivers with better stats at each of these tracks to use in the Driver Group Game, but his price is usually low in DFS which makes his value a lot higher. (Joey Logano ranked 2nd in fantasy points scored on the steep tracks in 2018)

It is hard to trust Joey Logano on the road courses. Watkins Glen ranks as his worst track. He did win in upstate New York in 2015, but he finished 24th and 37th in his last two races at the track. Logano has only led 18 laps in his 10 career starts at Sonoma. His average finishing position at the track is 13.4. You can do better than that with your fantasy team. Last year Logano qualified 15th and finished 10th at the Charlotte Roval. I would save Logano for the over tracks and use the road course experts in your fantasy lineups. (Joey Logano ranked 21st in fantasy points scored on the road courses in 2018)