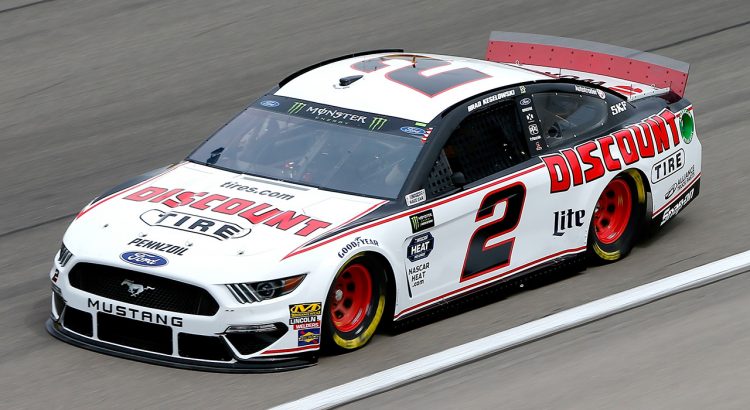 2019 RECAP: Brad Keselowski had a good 2019 season but he was way too inconsistent to be the top driver in the Cup Series. Keselowski started out the season on fire. He won races at Atlanta, Martinsville and Kansas and he finished second at Las Vegas. His momentum slowed after his win at Kansas. Keselowski finished 19th at Charlotte, 39th at Daytona, 20th at Kentucky, 19th at Michigan and 38th at Indianapolis. He was still able to finish 13 races in the top five (36%) and 19 races in the top 10 (53%). Keselowski also led 1,085 laps which was the third-most behind Kyle Busch and Martin Truex Jr. It was not a bad year for Keselowski but it could have been a lot different if he was more consistent.

2020 Preview: Brad Keselowski enters his 12th season in the Cup Series and he will have a new crew chief for the first time since 2010. Team Penske Racing moved Paul Wolfe to Joey Logano’s No. 22 car and moved Jeremy Bullins from Ryan Blaney’s No. 12 car, to the top of the pit box for Keselowski in 2020. I view Keselowski as the loser in this game of crew chief musical chairs. Paul Wolfe and Todd Gordon (crew chief for Ryan Blaney in 2020) have both won championships in the Cup Series. Bullins has not, but that is probably why they paired him with their smartest and most experienced driver (Keselowski). Wolfe and Keselowski worked well together and it will be interesting to see how the 35 year old driver performs in a new marriage.

Keselowski will be a good fantasy pick at every track but finding the races where he leads over 100 laps and scores all of those bonus points will be the key to success. Keselowski dominated some of the Flat track races last year. He was also very good at some of the Intermediate tracks. He often gets off to a hot start so you may want to use him early in the season at Las Vegas, Atlanta and Bristol. Keselowski is a streaky driver so as soon as he starts to run well; hop on board and ride the hot streak until he cools off.

Brad Keselowski was feast of famine on the Intermediate tracks last year. He won at Atlanta and Kansas. He also finished second and third in the two races at Las Vegas. The other tracks were not so kind to him. Keselowski finished 36th and 39th in the two races at Texas. He finished 19th in the Coca-Cola 600 and 20th at Kentucky. It is no secret that winning at his home track in Michigan is high on his bucket list but he was inconsistent there too. Keselowski finished sixth in the first race in the Irish Hills of Michigan and came back and finished 19th two months later. Keselowski must be in all season long games (Fantasy Live and the Driver Group Game) and all DFS lineups (Daily Fantasy Sports) at both Atlanta and Las Vegas. Those are two of his best tracks. He should also be high on your list at Auto Club Speedway. All of Team Penske performs well at the track Roger Penske built. (Brad Keselowski ranked 10th in fantasy points scored on the Intermediate Tracks in 2019)

Brad Keselowski is one of the first names that comes to mind when people think of Superspeedway racing. He has five wins at Talladega and one win at Daytona on his resume. If you focus on the positive, yes Keselowski is a beast on these tracks with his 499 laps led. If you look at the negative side, you can make an argument that Keselowski is one of the worst fantasy picks for these races. Keselowski has nine DNFs (Did Not Finish) at Daytona and four at Talladega. He has crashed out of four of his last five Superspeedway races. The one race he did not crash, he won (Talladega last year). I rather use a safer pick for my fantasy team in 2020 (Joey Logano or Denny Hamlin).  (Brad Keselowski ranked 20th in fantasy points scored on the Superspeedways in 2019)

Brad Keselowski was the best pick in Fantasy NASCAR if you used him on the right Flat tracks last year. He absolutely crushed the field in the first race at Martinsville. Keselowski qualified third, won both Stages, led 446 of the 500 laps and won the race. He came back to Martinsville in the fall and finished third. He also ran well at Richmond. Keselowski led 42 laps and finished seventh in the spring and led 48 laps and finished fourth in the fall. He won the pole and led 33 laps at Loudon but was only able to bring the No. 2 car home in 10th place. Phoenix was his worst Flat track. He finished 10th and 19th in the desert. Keselowski must be on all fantasy teams at Martinsville. He will also have value at Richmond if he qualifies up front. (Brad Keselowski ranked 5th in fantasy points scored on the Flat Tracks in 2019)

Brad Keselowski had some success at the Steep tracks last year. He led 34 laps in the spring race at Bristol but was only able to finish 18th. He returned to Thunder Valley and ran well in the Bristol Night Race. Keselowski qualified 13th, led 91 laps, scored Stage points in both Stages and finished third. Darlington ranks as his third-best track and he ran well at the Lady in Black last year. Keselowski qualified second, led 19 laps, scored Stage points in both Stages and finished fifth. Keselowski will be a good pick for Darlington and he can be used at Bristol if he qualifies up front. I would fade him at Dover. Use the Hendrick Motorsports drivers at the Monster Mile. (Brad Keselowski ranked 6th in fantasy points scored on the Steep Tracks in 2019)

Brad Keselowski is a hard driver to trust on the Road Courses. He used to be really good at Watkins Glen but now Chase Elliott and Martin Truex Jr. dominate that track. Keselowski has never been good at Sonoma so there are better choices for your fantasy team in Northern California. If there is a Road Course where you may want to use Keselowski it is at the Charlotte Roval. Keselowski finished 31st in the inaugural race at the Roval but he was leading the races when the field followed him into the turn 1 wall. He returned last year and finished fifth. Consider Keselowski for your fantasy team at the Charlotte Roval but fade him at Sonoma and Watkins Glen. (Brad Keselowski ranked 8th in fantasy points scored on the Road Courses in 2019)