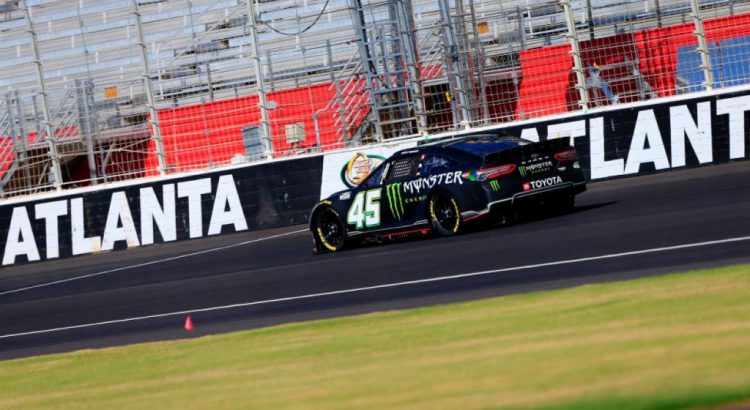 The boys are coming home…. NASCAR has completed the “West Coast Swing” and it produced some of the best racing the sport has seen in years. We had new winners, new drivers leading laps and a lot of passing throughout the field. Now that the logistical nightmare is over, the teams can get back into their shops and take what the learned from the “Wild West” and apply it to their new cars.

The Cup Series will join the Truck and Xfinity Series at Atlanta Motor Speedway this weekend. This isn’t your old worn-out AMS which produced some of the best racing each season. Atlanta was repaved and reconfigured. It is a completely new track. The Cup, Trucks and Xfinity Series will all practice Friday and then they will all qualify Saturday.

NASCASR did a “Group Test” in January at Atlanta Motor Speedway. Kurt Busch, Ross Chastain and Chris Buescher were the three drivers who competed in the test. These drivers all said the track is fast and it races a lot like a tighter Daytona. For that reason NASCAR decided to use the same aero package that will be used on the Superspeedways this year. The cars will use a 510 horsepower engine with a 7” spoiler. The double-yellow line rule will also be used Sunday.

How do we handicap this race without seeing any cars on the track? To be truthful, I have no idea, but I will figure it out before the race Sunday.

I plan to spend a lot of time listening to the drivers and crew chiefs talk about the race on SiriusXM NASCAR Radio. I will also be in contact with some people I know who work in the garage. This information and the data from the practice on Friday should help us figure out who the best drivers are for the race Sunday. Be sure to check back this weekend for my updated Driver Rankings.