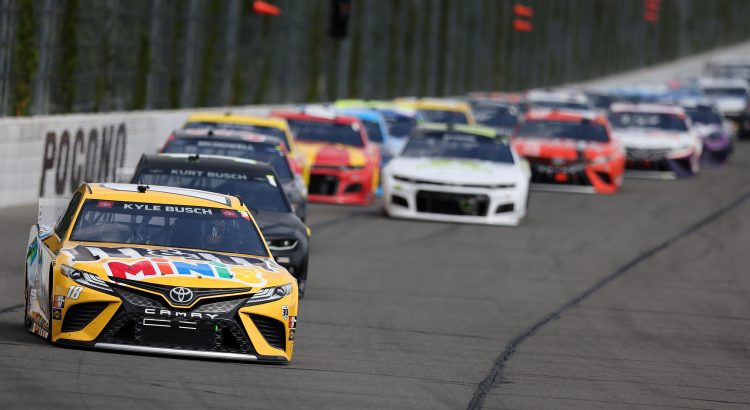 NASCAR will take all three of the top series to Pocono this weekend. The Truck and Xfinity Series will have a double-header of racing Saturday and the Cup Series will race Sunday at the “Tricky Triangle.” That is great for race fans, but not so great for people writing articles for each race 😊. The Xfinity and Cup Series will also practice and qualify Saturday so that means there will be about 10 hours of racing Saturday. NASCAR is going to make sure you get plenty of on-track activity this weekend. 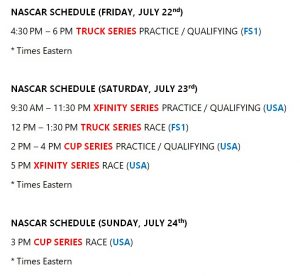 The Cup Series is starting to get wild. There have been 14 drivers who have found Victory Lane and that means there are only two playoff spots left for drivers to get in on points. The chance of those two spots getting field by a driver who has not been to Victory Lane yet in 2022 is high. The drivers on the outside of the playoffs are getting nervous and so are the drivers who have a win but not many points. Pocono is a fuel strategy race, so I expect a lot of teams to throw a “Hail Marry” this week to get their car up front. This should be a wild race.

So how do we handicap the M&M’s Fan Appreciation 400? That is a great question. We have absolutely no data to work with for the Gen-7 car at the Tricky Triangle. We do know there will be high speeds and a lot of shifting at the track. My Driver Rankings this week are based on how the drivers have run in the last six races on non-road course tracks. Momentum is important in NASCAR so I plan to play a lot of the drivers who are running well now and fade the drivers who are struggling. I used the driver’s track history at Pocono as a tiebreaker between drivers if they were close in the rankings.

I hope the rain stays away this weekend, because I plan to use practice speeds more than I typically do for the picks this week. There is just so much that is unknown for this race. Practice and qualifying should answer some of those questions.