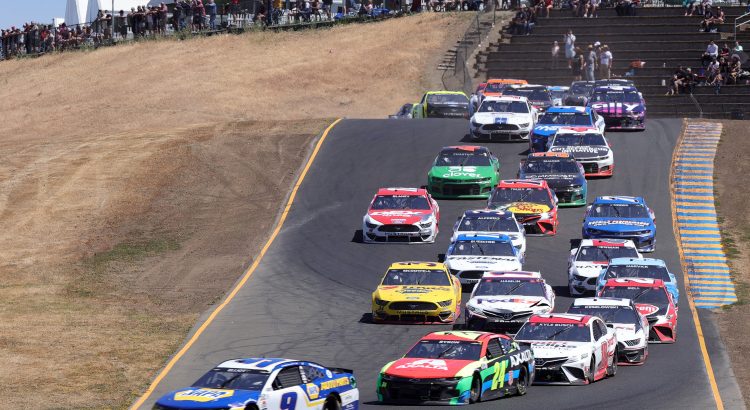 The Cup Series will travel back to the west coast this week to race at Sonoma Raceway. I was able to go to the race at this track in 2014 when I worked for Fox Sports. It was one of the coolest tracks I have ever been to. The race at Sonoma needs to be on your bucket list if it’s not already. The Toyota / Save Mart 350 can be seen Sunday at 4 p.m. ET on FS1. 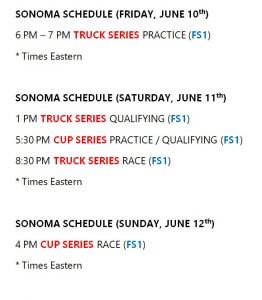 NASCAR knew when they designed the Gen-7 car that there would be more road courses on the schedule. The independent rear suspension in the car will get a test this week. Sonoma is the most technical road course on the schedule. Sometimes drivers without much road course experience can find their way to Victory Lane on the Rovals. That is not the case at Sonoma. The drivers who excel in road course racing always end up in the front of the field at this track.

This race is also as much about the crew chief as it is about the driver. Fuel strategy always comes into play at Sonoma. We also need to know where the drivers are in the Point Standings this week because it will affect how the crew chief calls the race. Drivers without a win will likely pit before the end of the Stage 2 so they can start up front in the final Stage (the will sacrifice Stage Points for track position). Teams that are securely locked into the playoffs will likely stay on the track to earn as many Stage Points as possible. We often see drivers who finish 9th, 10th and 11th in the race score the most fantasy points because they stayed on the track during Stages 1 and 2.

I used the data from the race at COTA earlier this year for the rankings but I do not think we can simply pencil in the drivers who ran well in Texas into our lineups Sunday. Sonoma is a tougher track and requires different road course racing skills. I used a lot of data from previous races at Sonoma and then the driver’s overall driver rating on the road course over the last two seasons.

Here are my Driver Rankings for the Toyota / Save Mart 350…