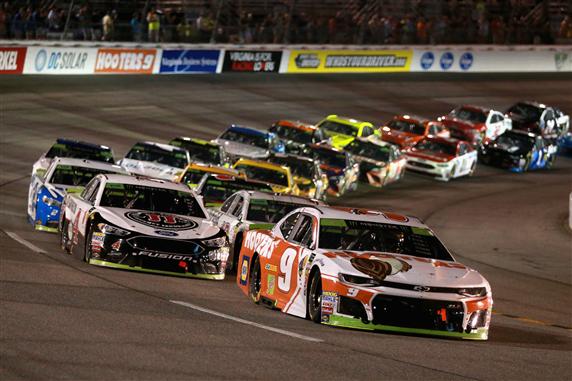 Fantasy NASCAR is unlike any other sport. Drivers can get hot and score multiple top-five finishes in a row (like what we saw from Alex Bowman last year between Talladega and Kansas where he scored three straight second-place finishes) or they can go in a slump after a hot start to the season (like what we saw from Brad Keselowski were he won three races to start the season and then did not win again over the summer and in the playoffs). Fantasy teams who keep up with momentum have an advantage over their competition but it is also very important to know which drivers are undervalued entering the 2020 season.

Here are the drivers I think will have more fantasy value in 2020 than they did last year:

Joey Logano won the 2018 NASCAR Championship and finished fifth in the points standings last year. So why is he listed as a sleeper pick in 2020? Most people predict Logano to visit Victory Lane 2 or 3 times and score 20+ finishes in the top 10. I think there is a real chance that Logano is the best driver in Fantasy NASCAR this year. Logano would have had the most points in NASCAR after the fall race at Phoenix if the points were not reset at the start of the playoffs. He would have easily made the final four and had a chance to compete for back-to-back championships. He enters 2020 with a lot of momentum (finished the last four races in the top nine) and with a new crew chief. Pairing Paul Wolfe with Logano could be a championship winning decision by Team Penske. Logano is one of the best at telling his crew chief exactly what changes need to be made to the car to gain spots on the track. Wolfe is the best crew chief at using strategy to win races. The knowledge of this team should offset the skill Kyle Busch has behind the wheel and allow Logano to win 5-7 races this year.

Chase Elliott entered last season with high expectations and he was only able to finish 10th in the NASCAR Point Standings. His expectations for the 2020 season are a bit lower because the Chevy’s have not been able to consistently compete with the Fords and Toyota’s. That could change this year. Chevy will race the Camaro ZL1 1LE car in 2020. For most of you that does not mean much. For the competition on the track, that could be a game changer. The Camaro’s will have more down-force this season and that pointed nose that caused problems at the Superspeedways will be gone. Elliott should be the driver who benefits the most from this change. He has been knocking on the door of the final four a couple of times in his career. This is the season when he gets it done and competes against three other drivers for the championship. Elliott won three races last year. I expect five wins from the No. 9 car in 2020.

William Byron told SiriusXM before the awards banquet last November, “My rookie season was all about figuring out the tracks and how the Cup Series car races on them. This year (2019) was about learning about my competition and how to compete against them. Chad (Knaus) and I have the info we need now so 2020 will be about winning races and scoring more top-five finishes.” Byron is wise beyond his years and Knaus is a smart crew chief. The Camaro ZL1 1LE car will help the No. 24 car the same as it will the other Hendrick Motorsports teams. The reason why Byron is a sleeper is because I think he not only wins his first race in the Cup Series; he wins multiple races in 2020. He only had five finishes in the top-five last year. That number should nearly double this season.

Austin Dillon made the Cup Series playoffs in 2016, 2017 and 2018. Dillon was an afterthought in Fantasy NASCAR in 2019 after his 21st-place finish in the NASCAR Point Standing and ZERO finishes in the top five. So why is Dillon a sleeper pick in 2020? Richard Childress made a crew chief change for the No. 3 team last year from Justin Alexander to Danny Stockman Jr. The change did not work so RCR is going back to Alexander at the top of the pit box. This should help Dillon get back to scoring top-15 finishes this year. The Camaro ZL1 1LE car and it’s increased down-force should also help the team. Dillon did not receive much help from his teammate last year (Daniel Hemric). Tyler Reddick will be the second driver for RCR in 2020 and I expect the two back-to-back Xfinity Series Champions (Dillon and Reddick) to be a better combination for the RCR organization.

I have seen a lot of people penciling in Christopher Bell as the 2020 NASCAR Rookie of the Year. As Lee Corso often says, “Not so fast my friend.” Custer is set up to have one of the best rookie seasons in Cup Series history. He will have a fast car from Stewart-Haas Racing. He will have almost his entire team from the Xfinity Series working with him so the change to the Cup Series should not be as drastic as it is with most rookies. And he has the full support of Tony Stewart and Kevin Harvick. Custer has always been a sponge to these two drivers. Harvick has already said he will do everything possible to help Custer succeed in the top series of the sport. I am not so sure Daniel Suarez received the same support from Harvick. I expect these two California drivers to work together and Custer could easily be the No. 2 driver for SHR in 2020. No one expects that and that is the reason why Custer is a good sleeper pick this season.

Good luck this season and remember to subscribe so you can easily win you Fantasy NASCAR league in 2020.