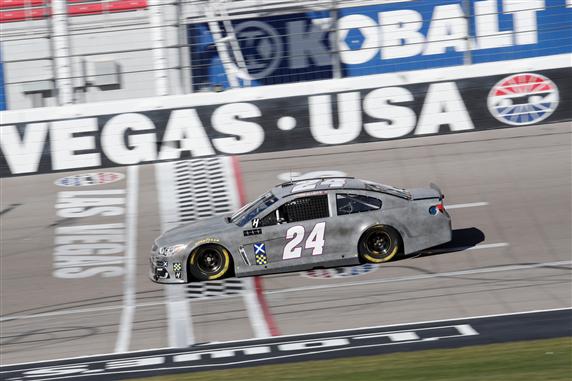 The Monster Energy NASCAR Cup Series took to the track at Las Vegas Motor Speedway for the first test session of the 2018 season. It was a big day for Team Chevy. They are debuting the new Chevy Camaro ZL1 car this year. Chase Elliott (Hendrick Motorsports) participated in a tire test earlier in January at Texas Motor Speedway, but the team said they did not get to learn much from the car. It was much different today since 16 drivers (One driver from each organization) participated in the test session.

The Top speeds in the morning practice (according to JeffGluck.com) were:

The drivers seemed to be very excited to get back on the track.

Darrell Wallace Jr. said, “Didn’t think I’d have to question myself when climbing back in for the first time since Chicago, but I did. It’s been a long time. Feels good to be back!”

Brad Keselowski said, “You really never can tell who has the speed at these tests. Some do not bring their best stuff. Team Penske is known for that. We always bring a car that is a few generations back because we want our guys working on the cars for the race and not the practice cars.”

You can see more of the driver’s interviews on the Las Vegas Motor Speedway Facebook Page.