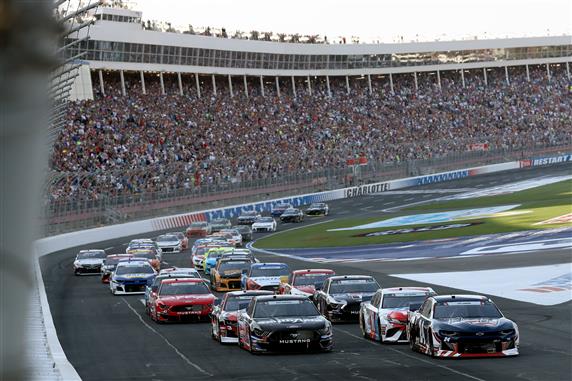 It is Memorial weekend and that means it is time to buckle up in front of the TV for five hours of racing. The Coca-Cola 600 is a marathon and the tracks changes a lot over the length of the race. Crew chiefs need to bring their “A” game to the track. The Coca-Cola 600 can be seen Sunday at 6 p.m. ET on Fox.

Last Race: I was expecting a lot more from Martin Truex Jr. in the Coca-Cola 600. He had the best Driver Ranking and the best Average Running Position in the race but his team’s decision to come to pit road with two laps in the race killed us. I sure wish I had a mulligan for the race Sunday night.

My One & Done Pick for Charlotte Part 2: Alex Bowman

I originally had Alex Bowman penciled in for the race at Chicagoland Speedway but that event has been canceled. I will use the No. 88 car Wednesday night. Bowman led a race-high 164 laps in the Coca-Cola 600 and now he starts on the front row. Bowman won at Auto Club and finished 2nd at Darlington. I am going to use him before the other manufactures find more speed.