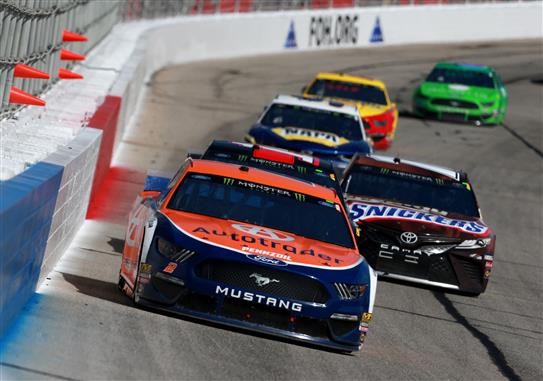 The NASCAR Cup Series will return to the east coast this week to compete at Atlanta Motor Speedway. Most of the drivers love this track because it is worn out and forces them to search for grip and save their tires over the long runs. It is a long race, but a fun one to watch. The Folds of Honor Quick Trip 500 can be seen Sunday at 3 p.m. ET on Fox.

The One & Done pick bounced back nicely after some bad luck in Las Vegas. Phoenix has typically been the best track for Joey Logano and he did not disappoint last week. Logano led the most laps, finished 1st and 2nd in the two Stages and finished 2nd in the race. The One & Done picks now have an average finishing position of 15th so far this year. That is not too bad. Now we need to keep it going at Atlanta. 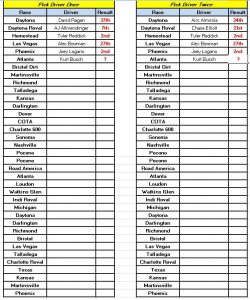 My One & Done Pick for Atlanta: Kurt Busch

Kurt Busch is a great One & Done pick this week. We need to use Busch at some time this season and Atlanta is the best track for him and it is not even close. Last year the No. 1 car failed inspection three times before the race at Atlanta. Busch had to serve a pass-through penalty and went two laps down to start the race. Busch showed how good he is at Atlanta by making his way to the front, leading a lap and finishing 6th in the race. Just think what he would have done if he would have started from the top-10, like he was supposed to. Busch has an average finishing position 4.6 at Atlanta in the current aero package. He should be a lock for a top-10 finish Sunday.