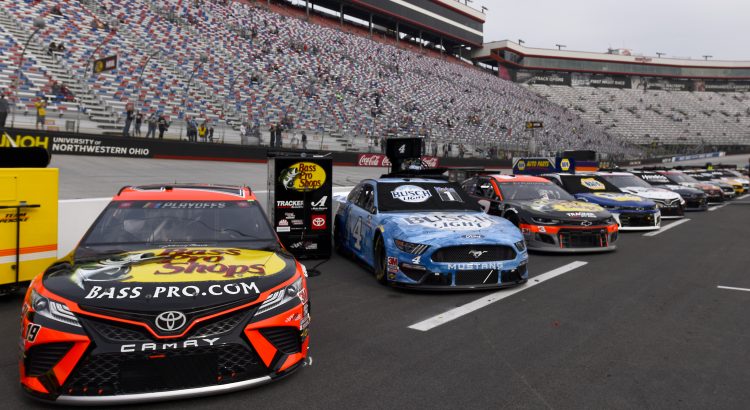 The NASCAR Cup Series will travel back to Bristol Saturday night but this week it will not be a dirt race. I may be in the minority, but I was not a fan of the Bristol Dirt Race. Why take your best track and make a gimmick out of it? Anyways… it is what it is. At least they did not ruin one of my favorite races of the season… The Bristol Night Race.

Denny Hamlin was my One & Done pick at Richmond. I saved Hamlin for his home track because he has been so good at that track. He was good once again last week. Hamlin led 197 laps and won both Stages. He could not hold off his teammate though (Martin Truex Jr.) in the final Stage. Hamlin finished second. I’ll take it. 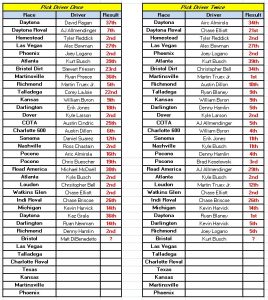 My One & Done Pick for Bristol: Matt DiBenedetto

There are only eight races left in the season and I am running out of choices for the One & Done contests. My top choices I have left include: Brad Keselowski, Ryan Blaney, Matt DiBenedetto, Cole Custer, Ricky Stenhouse Jr., Bubba Wallace, Anthony Alfredo and Justin Haley. I will go ahead and use Matt DiBenedetto Saturday night. He finished 2nd at Bristol in 2019 and he has averaged the 12th fastest green flag speed in the last four races at Bristol. I mapped out the allocations for the rest of the season and DiBenedetto fits in this spot.

Kurt Busch will be my pick for games where you can use a driver more than once. Busch had a flat tire and crashed at Richmond. Now he needs a great race at Bristol in order to advance to the Round of 12. Busch has 6 wins at Bristol and his average finishing position in his last 5 races in Thunder Valley is 6.4. He should finish in the top-10 this week and have a good chance to win the race.