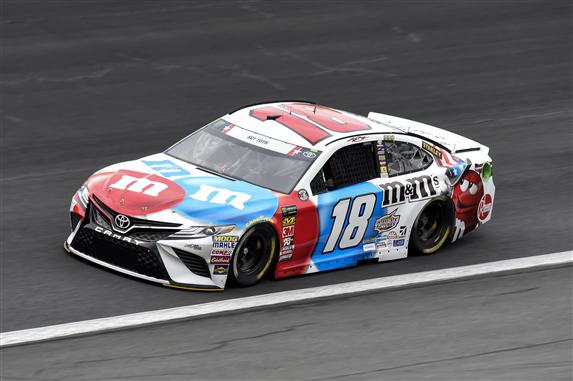 The 2018 Monster Energy NASCAR Cup Series will be competing at Charlotte Motor Speedway this week in the Coca-Cola 600. My One & Done picks have been pretty good this season but I had some bad luck with Ryan Blaney at Kansas. Blaney ran up front and had a chance to win the race but he spun out while racing Kyle Larson for position at the end of the race.  Hopefully my luck turns around t Charlotte.

Erik Jones will start the race from the 2nd row and his Joe Gibbs Racing Toyota is bad fast. Jones had the fastest car in final practice and he was fastest on the 10-lap, 15-lap and 20-lap speed chart. I am not sure he will win, but he has a car to finish in the top 5 Sunday.

Kyle Busch won the pole and I expect him to dominate a large portion of this race. He said before the season started that his goal was to win at Charlotte. This is the only track on the circuit he has not won in the MENCS. Joe Gibbs Racing built him a new car for this race and it was fast enough to win the pole. I will use Busch in the games which allow you to use a driver more than once.