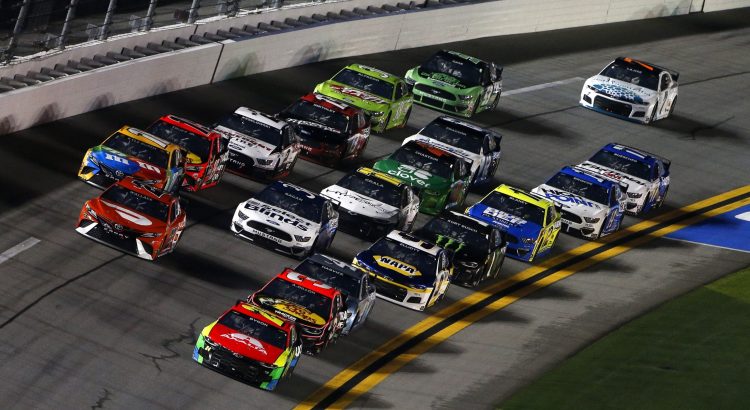 The 63rd running of the Great American Race will kick off the 2021 NASCAR Cup season and FantasyRacingTips.com is ready to go. The picks for the One & Done game have been mapped out to ensure we have the best drivers at each track. There are a lot of talented drivers in the Cup Series this year so it should make for a competitive season in your One & Done games. I cannot wait to get started…

If you would like to join my One & Done game, click here for instructions on how to join: FantasyRacinTips One & Done League 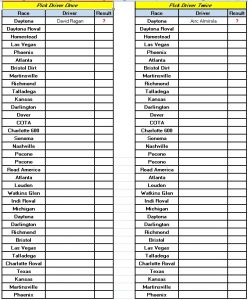 My One & Done Pick for Daytona: David Ragan

There are 36 races on the Cup Series schedule and there are only 30 well-funded teams. That means we will have to use six drivers from lower-funded teams or use drivers who are running a limited schedule in well-funded cars. The Daytona 500 is one of the races which provide an opportunity to use a driver from a well-funded team that will not compete in many races. Our choices Sunday come down to Jamie McMurray or David Ragan.

I used the FRCS.Pro website to break down each driver. David Ragan has the slightly better stats, but Jamie McMurray has more trips to Victory Lane. Ragan will be driving a Ford for Front Row Motorsports, while McMurray will be in a Chevy for Spire Ragan’s car will be prepared by Roush-Fenway Racing and the McMurray car will be prepared by Chip Ganassi Racing. This will likely be the only race for each driver so it will be important that we use one of them for our leagues this week.

The Fords looks like they race better than the Chevy’s at Daytona, so David Ragan will be my pick. He was the “Golden Ticket” at Daytona last year for One & Done lineups. Ragan started 30th and finished 4th, and that was in a Rick Ware Racing Ford. His car should be better Sunday.

I will use Aric Almirola in the games where I can use a driver more than once during the season. Almirola had the fastest Ford in qualifying and he had the fast car in his Duel race. He led 52 of the 60 laps Thursday night. Almirola will start on the front row if Wiliam Byron has to start in the back. Almirola could lead a lot of laps and finish in the top-10 Sunday.

* There are two practices Saturday. If anything happens to the drivers I picks in practice, I will update my picks.