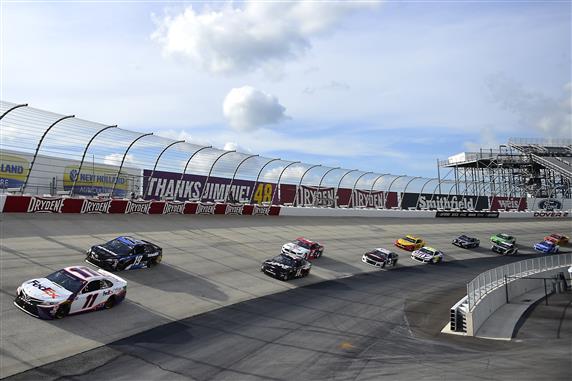 The NASCAR Cup Series tried to tame the “Lady in Black” last week. Sunday they will get a chance to battle the “Monster Mile.” Dover is another tough track which tests the drivers physically and mentally during the race. It should be fun to see which driver can slay the Monster. The Drydene 400 can be seen Sunday at 2 p.m. ET on FS1.

Erik Jones was my One & Done pick for Darlington. He competed at the track six times in the Cup Series and never finished outside the top-eight. I knew he would lose some speed since Jones was no longer in a Joe Gibbs Racing car, but I figured he would still be fast enough to finish in the top 10. Jones was running 14th when he had a speeding penalty with 90 laps to go. This put Jones a lap down. He was able to rebound for an 18th-place finish. Not too bad. 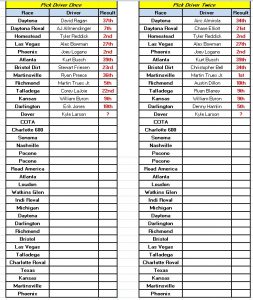 My One & Done Pick for Dover: Kyle Larson

I had Cole Custer penciled in as my One & Done driver at Dover before the season started. Dover ranks as his best track and he finished 10th and 11th in his two races at the Monster Mile last year. Custer starts 30th because of his crash last week and his average finishing position in the races using the 750 HP aero package is 26.4 this year. I will save Custer until later in the season and go to my backup plan this week.

Kyle Larson will be my pick for the One & Done games. Dover ranks as his second-best track (behind Darlington). Larson crushed the field in his last race at Dover. Larson started 2nd, led 154 laps and won the race. His average finishing position at Dover in his last six races at the track is fifth and he is averaging 88 laps led per race. Larson should be a serious threat to win this week.

* If you have not used Martin Truex Jr. yet, he would be my top pick for your One & Done game Sunday. He starts on the pole and he has finished 1st, 2nd, 2nd and 2nd in his last four races at Dover.