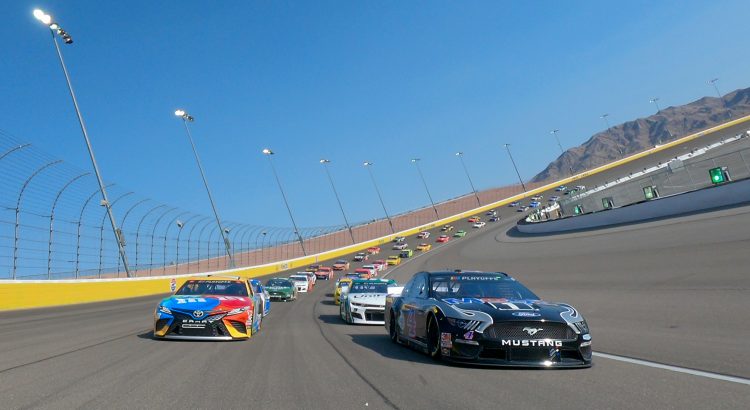 The NASCAR Cup Series has completed the three races in Florida and now the teams will travel out west for back-to-back races. Usually the teams spend three weeks in the Pacific Time Zone, but this year the race at Auto Club was eliminated, so there will only be two races in the “West Coast Swing.” The first is at Las Vegas Motor Speedway. This is a high-speed intermediate track which typically puts on a good show. The Pennzoil 400 can be seen Sunday at 3:30 p.m. ET on Fox.

Last Race: Last week I spent 70% of the race screaming at the TV and cussing out Tyler Reddick. Well, he must have heard me because the No. 8 car came to life in the final Stage. Reddick did his thing and ran the high-line to a second-place finish. That gives my One & Done picks a 15th place average finishing position for the season. That is not too bad considering David Ragan finished 37th in the Daytona 500.

Here are my picks for the Pennzoil 400 … 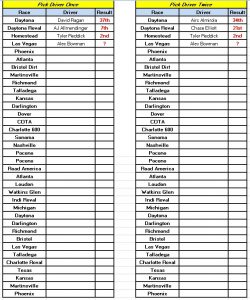 My One & Done Pick for Las Vegas: Alex Bowman

Before the season I matched each driver with his best race and I had Joey Logano penciled in for the March race at Las Vegas. The No. 22 car won the last two spring races in Sin City. I cannot trust Logano Sunday after his performance at Homestead last week.

I decided to switch the pick to Alex Bowman. Hendrick Motorsports looks like they have the advantage early in the season with the 550 HP aero package. Bowman finished 5th at Las Vegas last September and 13th last February. He scored Stage points in every Stage and led laps in the fall race. Bowman has finished 8th, 5th, 3rd, 5th and 9th in his last five races on intermediate tracks so he should be a good pick for a top-10 finish in Sin City.