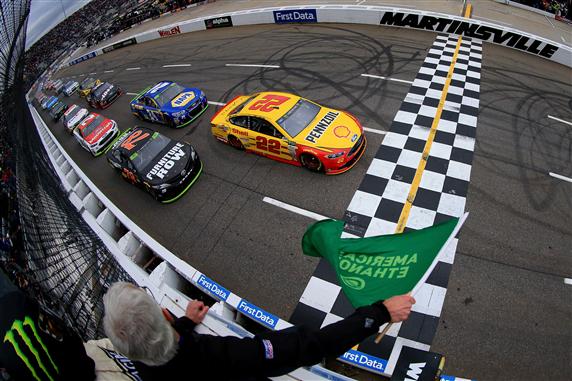 The Round of 8 will kickoff at Martinsville Speedway this week. This will be the playoff driver’s first chance to secure a spot in the championship race at Homestead. This race tends to get wild at the end and becomes “must see TV.”  The race can be seen Sunday at 2:30pm on NBC Sports Network.

I apologize for my poor picks in the One & Game. I cannot catch a break with my picks. Three weeks ago Jimmie Johnson has a mechanical failure before the race ever began. Two week ago David Ragan had an electrical issue on lap one and last week William Byron had a blown engine. Hopefully we can catch some good luck in the final 4 races of the season.

The only drivers I have left are: Kyle Busch,Ty Dillon, and Matt Dibendetto. Hopefully there is an Xfinity Series driver who enters one of the last 3 races.

My One & Done pick this week will be Kyle Busch. I have been saving Busch for Martinsville. He has been the most consistent driver at the track. Busch has finished 2nd, 1st, 2nd, 5th, 1st, 1st and 5th in his last 7 races at Martinsville. He should be a lock for a top-five this week.