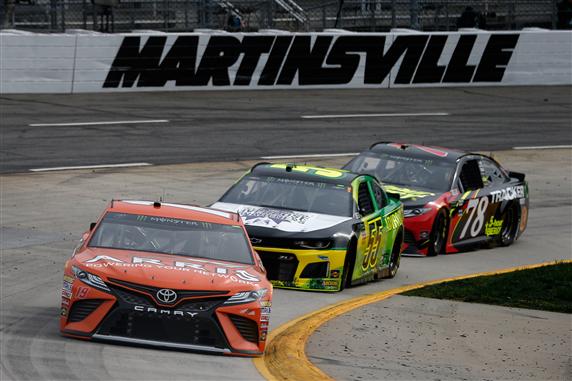 The NASCAR Cup Series will travel to Martinsville for a Saturday night, short, track race this week. If a driver has any scores to settle, this is the track to do it. The racing will be exciting and the tempers will be hot, so this should be one of the better races of the season. The Blue-Emu Maximum Pain Relief 500 can be seen Saturday at 7:30 p.m. ET on FS1.

I decided to take a chance with Stewart Friesen in the Bristol Dirt Track Race. It is tough to find 36 drivers to fill out the schedule so we need to take advantage of the “ringers” when we get them. Friesen did a good job in the race. He started 32nd and finished 23rd. Not great, but not too bad for a driver we will not need the rest of the season. 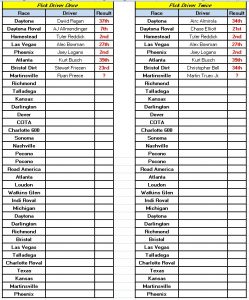 Ryan Preece will be my One & Done pick Saturday night. Martinsville ranks as one of his best track. Preece finished 3 of his last 4 races at Martinsville in the top 20. JTG Daugherty seems to be on a roll to start the season and we may not have many more opportunities to use Preece this year. He told Larry McReynolds on SiriusXM NASCAR Radio Wednesday, “We do not have a plan for this year. I have Louisiana Hot Sauce on the car for Saturday night so I know I will race. We are just taking it one race at a time and hope we can find a full-time sponsor. If we cannot find something, JTG will focus on the No. 47 car (Ricky Stenhouse Jr.). Preece will run the modified race Thursday night at Martinsville, so hopefully that extra seat time helps him Saturday night.

Martin Truex Jr. will be my pick in games where I can use a driver more than once. He won the race at Martinsville in October of 2019 and came back and smoked the field again last June. Truex should have made it three wins in a row at Martinsville but he had a tire go down while leading the race with 64 laps left last November. Truex is averaging 241 laps led and 14 Stage points in his last three trips to Martinsville. He should have a good chance to win this race.