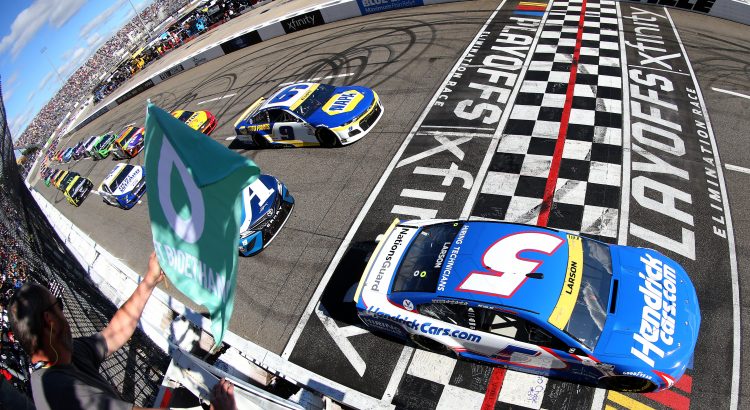 It couldn’t last forever. The hot streak in the One & Done game came to an end along with Ross Chastain’s hot streak in the Cup Series. I decided to “play the hot hand” with Chastain at Richmond after he finished four consecutive races in the top-three. Of course I missed the boat with Chastain. He looked good in practice and qualified eighth, but the No. 1 team had their worst race of the season and Chastain finished 19th. The average finishing position for the One & Done game picks is now 10.2. My goal is to stay inside the top-15, so the season has still been pretty good. 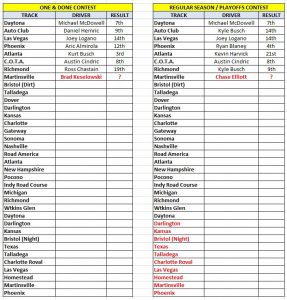 The Cup Series will compete at Martinsville Speedway Saturday night. Do not forget to set your lineups. My strategy this week will be to select a driver who has had success at Martinsville, ran well on the short, flat tracks this season and looked fast in the limited practice. Here is my One & Done pick for the Blue-Emu Maximum Pain Relief 400…

DRIVER USE MORE THAN ONCE FOR MARTINSVILLE: CHASE ELLIOTT will be my pick where you can use a driver more than once and in games that reset at the end of the regular season. Elliott has finished four or his last five races at Martinsville in the top five and he is my pick to win Saturday night. He posted the fastest speed in practice, starts from the pole, has the No.1 pit stall and his pit crew ranks No.1 this year. If you do not trust Brad Keselowski in the One Done, you can you Elliott there too.