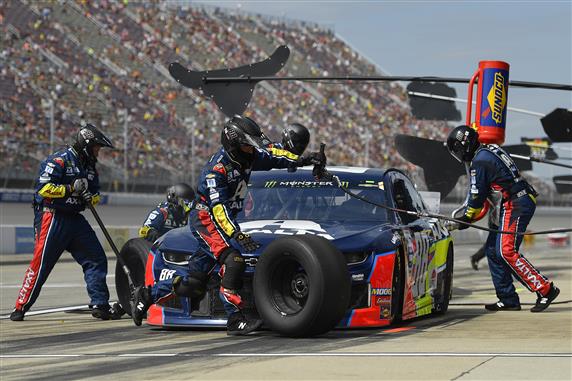 Here are my picks for the Consumer Energy 400 …

My One & Done Pick for Michigan: Bubba Wallace

I was really surprised how well Bubba Wallace ran yesterday. He had a chance to win the race but his decision to go three-wide on the last restart backfired. Wallace finished ninth and the No. 43 team proved that they are willing to gamble on pit strategy (taking fuel or two tires) to finish in the top 10. I will roll the dice with Wallace Sunday.

Alex Bowman had a faster car than what his 21st finishing position suggests. Bowman had the 11th best Driver Ranking, 8th fastest Green Flag Speed and 9th best Average Running Poisition in the race. His decision to take four tires at each stop was not the best choice to keep track position. I am hoping Greg Ives learns from his mistake. I will use Bowman in the games I can use a driver twice.

* If you have Erik Jones available, I would use the No. 20 car. Jones had a lot of speed Saturday.