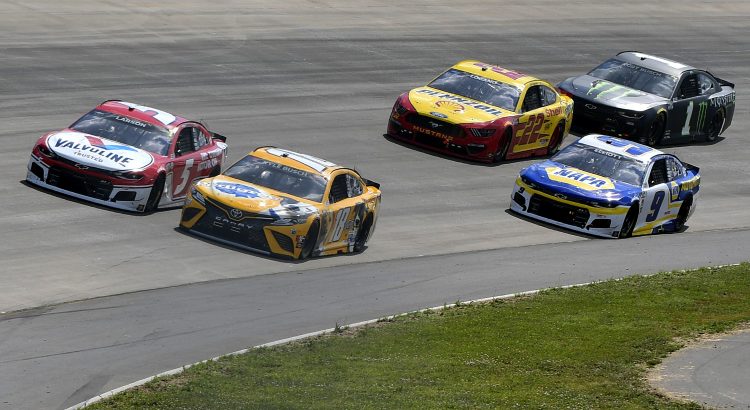 The Cup Series has made it through 16 races and that means we have used 16 drivers in our One & Done contests. It is going to get tough to find good drivers for our lineups as the season comes to an end. So far, the picks have had some good luck. Hopefully it will continue through the summer and in the playoffs.

We hit a homerun in the last race with Chris Buescher. We had to use him in a race this year so I decided to use him at a track where he had some success at, he posted fast speed in practice and he qualified up front. It worked. Buescher finished second in the race. It will likely be his best finish of the season. 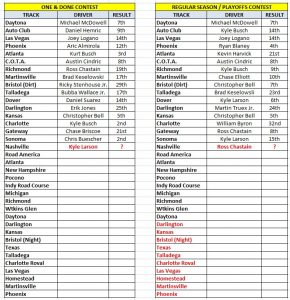 ONE & DONE PICK FOR NASHVILLE: KYLE LARSON will be my pick in the One & Done games where you can use a driver only once throughout the season. I already used Larson twice in the games where you can use a driver more than once, so I cannot use the No. 5 car in those games. Larson completely dominated this race last year. He led 264 of the 300 laps, Scored 19 of the 20 possible Stage Points and won the race at Nashville last year. I will take a chance with Larson Sunday.

ONE & DONE PICK FOR NASHVILLE:  ROSS CHASTAIN will be my pick in the One & Done games where you can use a driver more than once throughout the season. If you have Chastain available in your One & Done contests, use him there too. Chastain has been arguably the best driver in the Cup Series this season. Nashville is where Trackhouse Racing is headquartered and they have a fast car. Chastain was fourth-fastest on the 10-lap average speed chart and third-fastest on the 15-lap average speed chart. Chastain qualified 7th and the No. 1 car should have a good chance to get to Victory Lane Sunday.