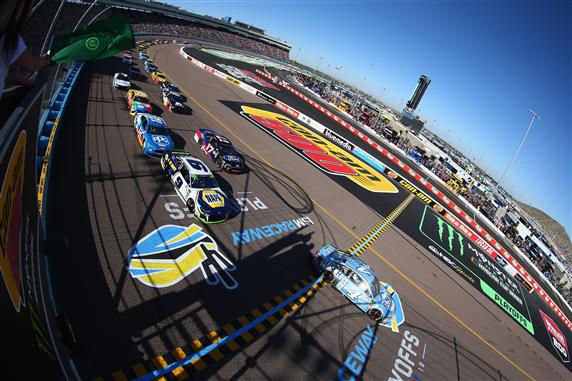 The MENCS heads to the desert this week for the final race of the Round of 8. Martin Truex Jr. and Kevin Harvick already punched their ticket to the championship race at Homestead. Kyle Busch, Joey Logano, Denny Hamlin, Kyle Larson, Ryan Blaney and Chase Elliott will be looking to join them for a race for the title. This race is always excited and it should be even better with the reconfigured track. The Bluegreen Vacations 500 can be seen Sunday at 2:30 p.m. ET on NBC.

My goal every year in the One & Done game is to have an average finishing position of 15th or better from my drivers. Last week I decided to use Corey LaJoie. What a mistake that was. LaJoie spent more time wrecking then he did posting fast laps. LaJoie finished 38th and dropped my season average to 13.1. We need a lot of luck in these final two races.

Wow, it is getting slim pickings for the One & Done game with 3 races left in the season. The drivers I have available to me include:  John Hunter Nemechek, Landon Cassill and Ross Chastain.

Thank God for John H. Nemechek. He will be filling in for Matt Tifft in the No. 36 car. He did a great job at Texas. JHN qualified 29th and finished 21st. This week he will be driving in the Truck, Xfinity and Cup Series races. The track time he will have between the practices and three races should allow him to finish near the 20th position Sunday. I would not be surprised if it is even a little better than 20th.