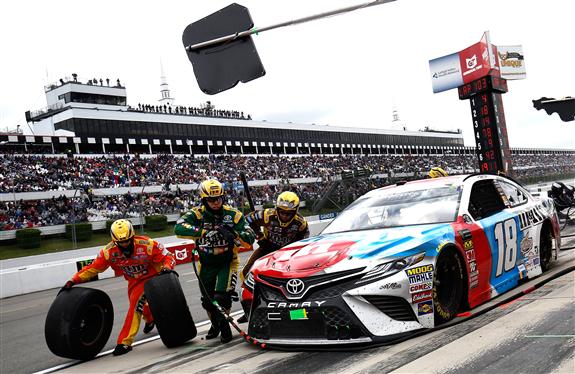 The Monster Energy Cup Series heads back to Pocono Raceway for the Gander RV 400. NASCAR knew the 2019 aero package would not work well at every track, but the rules package is not going to change before the race Sunday. NASCAR decided to add PJ1 traction compound to Tricky Triangle to help promote passing and make more lead changes. I hope it works. The Gander RV 40 can be seen Sunday at 3 p.m. ET on NBCSN.

My goal every year in the One & Done game is to have an average finishing position of 15th or better from my drivers. Last week I took a chance with the hometown favorite, Ryan Preece. The No. 37 car finished 21st. I was hoping for a top 15 from Preece but the race Sunday was one of his best races of the season so I will take it.

My One & Done pick this week will be Daniel Hemric. He had one of his best races of the season in June at Pocono. Hemric qualified 23rd and finished 13th. The No. 8 car seems to be faster this week than it was in June. I will roll the dice with Hemric as my One & Done pick for the Tricky Triangle.