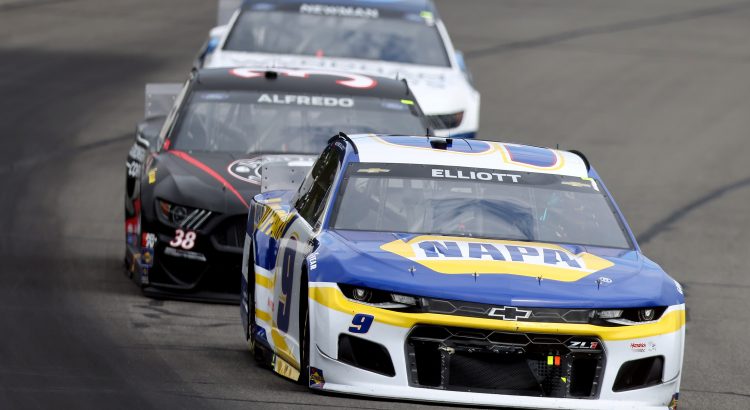 Aric Almirola was my One & Done in the first race at Pocono. I was really hoping for a top-10 finish from Almirola based on how he has run in the past at Pocono, but the race yesterday shows how far behind Stewart-Haas Racing in on speed. Almirola had a 18.7 average running position but was able to move forward a few spots and finish 16th. Not bad, but I wanted more.

My One & Done Pick for Pocono (Sunday) Chris Buescher: I really do not want to use one of my top drivers in a race where the starting lineup is inverted and pit strategy means as much as a fast car. I will take a chance with Chris Buescher Sunday. He starts on the pole so at least he will have some track position. His car was only 22nd fastest on the Green Flag Speed chart, but they have 8 hours to fix it up.

Brad Keselowski will be my pick in games where you can use a driver more than once. Keselowski was moving to the front like he was shot out of a cannon at the beginning of the race but then he got into Cole Custer. The damage on his car slowed down the No. 2 car, but he was still able to post the 10th fastest average speed and finished 10th in the race. Keselowski has now finished 11 of the last 12 races at Pocono in the top-11. He should finish in the top-10 Sunday.