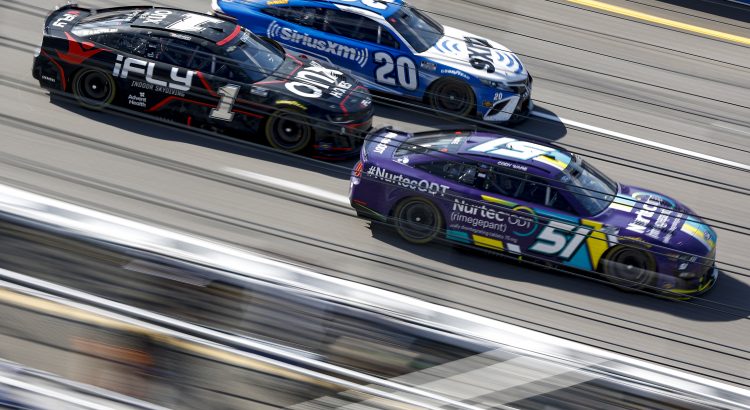 The Cup Series will travel to the Richmond Raceway Sunday to compete in the Federated Auto Parts 400. This is race No. 24 on the Cup Series schedule and that means we have now used 23 drivers in the One & Done game. Finding quality drivers for our team is going to get tougher but I have a plan and so far it is working out pretty well.

There are 13 races left in the 2022 Cup Series season. The drivers I have left include: Ryan Blaney, Alex Bowman, Kevin Harvick, Tyler Reddick, Cole Custer, AJ Allmendinger, Noah Gragson, Justin Haley, Harrison Burton, Harrison Burton, Corey LaJoie and Todd Gilliland. I have a plan to get through the end of the season, so we should be in good shape. 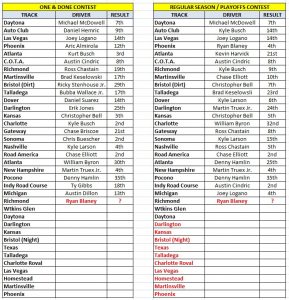 Here is my One & Done pick for the race at Richmond…

ONE & DONE PICK FOR RICHMOND:  RYAN BLANEY will be my pick in the One & Done games where you can use a driver once during the season and in games where you can use a driver more than once. I thought about saving Blaney for the race at Texas since he won the All-Star race at the track, but Blaney may not have anything to race for at Texas if he doesn’t make the playoffs. The No. 12 team is in almost in a “must win” situation this week and Blaney should have the speed to win the race. He led a race-high 128 laps at Richmond in April. I will roll the dice with Blaney Sunday.

* Ryan Blaney scraped the wall in qualifying but it did not look like there was much damage to the car. If Blaney has to start in the back because the team fixed the damage, I will pivot my One & Done picks to Alex Bowman.