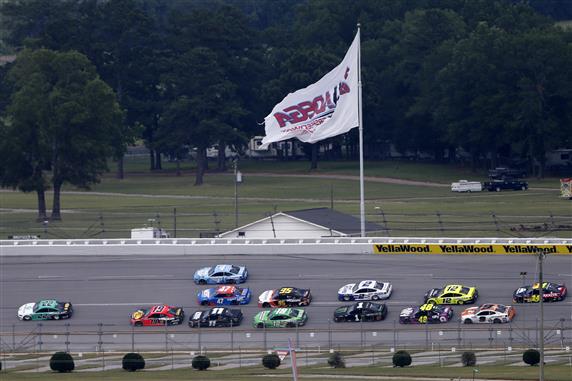 The first race of Round 2 is in the books and now the Cup Series drivers face two “wild card” races. There are only six races left in the 2020 Cup Series season. It is really tough to find a good driver for our One & Done games since we already used 30 drivers. The race at Talladega should give us a chance to score well with a driver we do not want to use on a smaller track.

Last Race: Chris Buescher was my pick at Las Vegas. He had a good race. Buescher led 10 laps, nearly won Stage 2 and finished 9th. It was one of his best finishes of the season so I am happy with that. We will need some luck with our pick this week.

Here are my picks for the YellaWood 500 …

My One & Done Pick for Talladega: Brendan Gaughan

Not Gaughan yet…. I will use my friend from the Fantasy Racing Preview Show as my One & Done pick Sunday. This is the last race of Brendan Gaughan’s career and he told me that he is working with Richard Childress Racing to get a car that he can run up front with. Gaughan finished 8th at Talladega last year. He assures me that he can do it again.

Ricky Stenhouse Jr. will be my pick in games where you can use a driver twice. Stenhouse has finished four of the last five races at Talladega in the top 10. His average finishing position at the track since 2017 is 8.8. That is 3rd best in the Cup Series. I will roll the dice with Stenhouse Sunday.