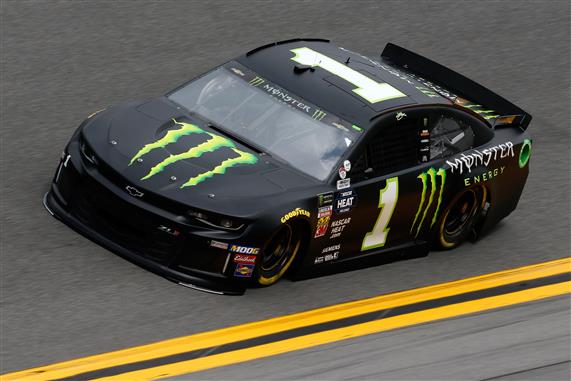 Joey Logano secured his spot in the championship race at Phoenix. Now we get to see who can join him. The October races at Texas have been dominated by Kevin Harvick. He has won three in row. It is likely that the No. 4 car is not available for your One & Done contest (If it is, you Harvick this week). It is very difficult to find a good driver with three races left in the season. We are going to need a lot of luck Sunday unless you have saved one of your top drivers for this race.

Last Race: Denny Hamlin dominated the last two races at Kansas and I thought he was going to do the same last week. Hamlin had a fast car. He led 58 laps (second-most in the race), scored 18 Stage points (most in the race), but he got into the wall and it ruined his day. Hamlin went two laps down and spent the rest of the race trying to get his track position back. He finished 15th and that sucks for the One & Done game. I just cannot catch a break in this game ☹.

Here are my picks for the Bank of AutoTrader Automotive 500…

My One & Done Pick for Texas: Ricky Stenhouse Jr.

Each year I map out the drivers so I can use them at their best tracks. I know I did not have Ricky Stenhouse Jr. penciled into this race, but the jumbled scheduled caused me to end up at Texas with an allocation with the No. 47 car. Stenhouse is a high-risk, high-reward driver. He is going to finish in the top 15 or crash out and finish last. I am hoping he can stay out of trouble and finish in the top 15.

I will use Kurt Busch in games where you can use a driver more than once. Busch is 73 points below the transfer position for the championship race. He must win at Texas or Martinsville if he wants a chance at the title. Busch has been good at Texas. He has finished 7 races in a row in the top-10 at Texas. He should be a great pick for your team this week.