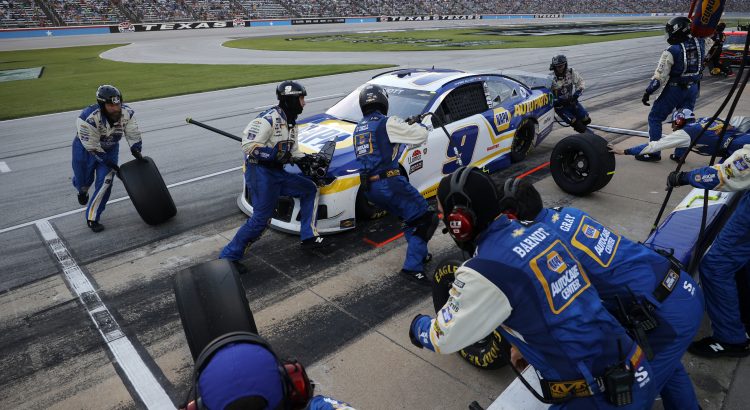 The NASCAR Cup Series will move to the Round of Eight of their 2021 playoffs this week with a 501-mile race at Texas Motor Speedway. I understand “Everything is Bigger in Texas”, but there is no need for this race to be 334 laps long IMO.

This will be the eighth race on a 1.5-mile track in 2021. The Cup Series last competed at Texas in the All-Star Race in June. The drivers who ran well in the All-Star race and at Las Vegas last month should all be good picks for your One & Done game Sunday.

Cole Custer was my pick for Charlotte Roval race. He had four races at that track between the Xfinity and Cup Series on his resume and he never finished outside the top-10. I was hoping he would keep his streak going. It didn’t happen. Custer ran up front when the leaders came in for new tires, but he fell back in the pack once the pit stops cycled through. Custer finished 18th. Not too bad, but my goal is always for a top-10 finish from my One & Done pick. 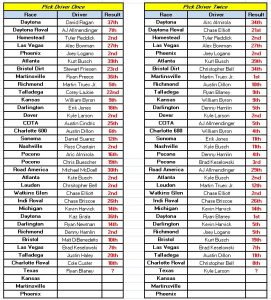 My One & Done Pick for Texas: Ryan Blaney

There have been 32 races so far this year and that means we have used 32 drivers in our One & Done contests. It is getting tougher to find good drivers for our lineups. The drivers I have available in the One & Done game include Ryan Blaney, Ricky Stenhouse Jr., Bubba Wallace and Anthony Alfredo.

Ryan Blaney will be my One & Done pick Sunday. I had to decide if I wanted to use Blaney at Texas or Kansas. His stats at Texas are slightly better than they are at Kansas so he gets the spot in my One & Done lineup this week. Blaney finished 4th in the All-Star Race at Texas. He had the third-fastest green flag speed and he had the second-most Green-Flag Passes in the race. Blaney starts fourth and he should be able to finish in the top-five if the No. 12 team brings the same car to the track that they had in the All-Star Race.

Kyle Larson will be my One & Done pick in games where you can use a driver more than once. I have been saving Larson for the intermediate tracks when he starts on the pole. Larson won the All-Star Race at Texas in June and he has led 708 laps more on the intermediate tracks than any driver in the field. He should dominate the race Sunday and have a great chance to secure his spot in the championship race at Phoenix.