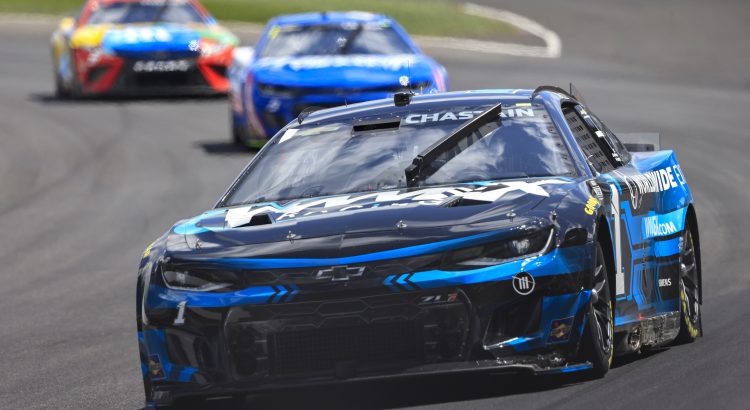 The Cup Series will travel to upstate New York Sunday to compete in the Go Bowling at the Glen. This is race No. 25 on the Cup Series schedule and that means we have used 24 drivers in the One & Done game. Finding quality drivers for our team is going to get tougher, but this is a good race to take a chance with a driver who doesn’t have the speed to win on an oval track, but has had success on road courses.

There are 12 races left in the 2022 Cup Series season. The drivers I have left include: Alex Bowman, Kevin Harvick, Tyler Reddick, Cole Custer, AJ Allmendinger, Noah Gragson, Justin Haley, Harrison Burton, Corey LaJoie and Todd Gilliland. I have a plan to get through the end of the season, so we should be in good shape. 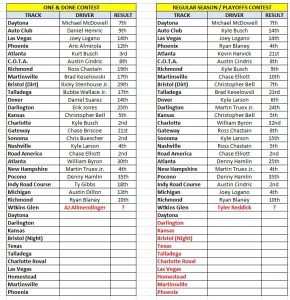 ONE & DONE PICK FOR WATKINS GLEN:  AJ ALLMENDINGER will be my pick in the One & Done games where you can use a driver once during the season. I have been saving Allmendinger for the road courses and Watkins Glen in one of his best tracks. Allmendinger won the Cup Series race at Watkins Glen in 2014. He will get some extra seat time this week since he is competing in the Xfinity Series race. I will roll the dice with Allmendinger Sunday.

ONE & DONE PICK FOR WATKINS GLEN:  TYLER REDDICK will be my pick in the One & Done games where you can use a driver more than once. He won the last two road course races (Road America and Indy Road Course). Can Reddick make it three in a row a score free chicken tenders from Cheddars for his fans? (That is one reason to cheer for the No. 8 car Sunday) Reddick posted the eighth-fastest speed in practice with the second-fastest long-run speed. Reddick and qualified fifth for the race. He should have a good chance to finish up front again Sunday.