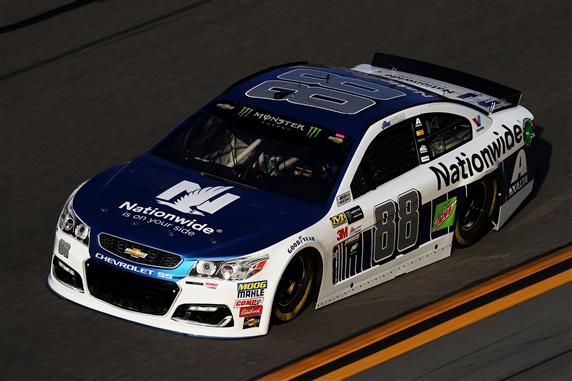 I am quickly running out of drivers for the 1 and Done game. The Drivers I have left include: Jimmie Johnson, Kevin Harvick, Cole Whitt, Corey LaJoie, Reed Sorenson, Jeffrey Earnhardt, Gray Gaulding, Derrike Cope and B.J. McLeod. That does not leave me a lot to work with. This is my first year playing this game. I have plans for Johnson (Martinsville) and Harvick (Phoenix), but the rest of the races may be ugly.

Brendan Gaughan is an experienced driver who usually performs well on the restrictor-plate tracks. He finished 11th in the Daytona 500 and 7th in the Coke Zero 400. He also finished 26th at Talladega in May. That is an average finishing position of 14.6 on the plate tracks this year. I think you have to give him a chance this week.

Dale Earnhardt Jr. will be my pick in the games you can select a driver twice. He has the most wins, most laps led and most top-10 finishes at this track. It is no secret that he wants to win this race before he retires. I expect the No. 88 team to put a lot of work into this car this week.