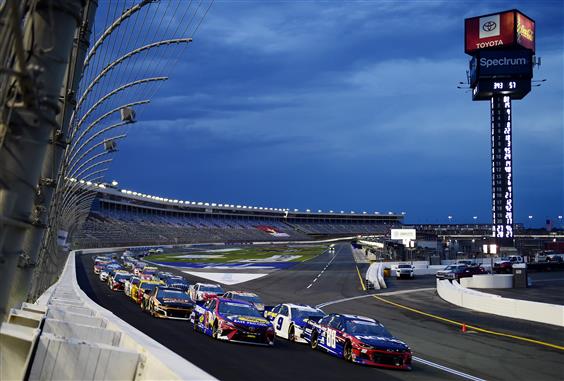 The Cup Series will be back on the track at Charlotte Wednesday night. The race last Wednesday proved that inverting the top 20 finishing positions from the previous race does not matter much. The cream still rises to the top. I expect the same to occur at Charlotte in this race. The Alsco 500(K) can be seen Wednesday at 8 p.m. ET on Fox Sports 1.

The race Wednesday is scheduled for 208 laps (500 Kilometers). That is almost half the distance of the Coca-Cola 600. Drivers will need to be on top of the wheel Wednesday night in order to make it to the front. I expect a competition caution and the two Stage breaks should allow the good cars to get the track position they need.

Each week I use different stats in my model to create the best rankings possible to give you an edge on the completion. This week I focused on what happened at in the Coca-Cola 600. I also factored in some of the stats from Las Vegas and Darlington. The model has been pretty accurate this season and I expect the same Wednesday night.

Here are the early week driver rankings for Charlotte Part 2…

* The official Entry List has not been released yet so the rankings could change slightly. The new entries into the race will lineup in the back of the field, so that should not change the top 30 drivers on this list.