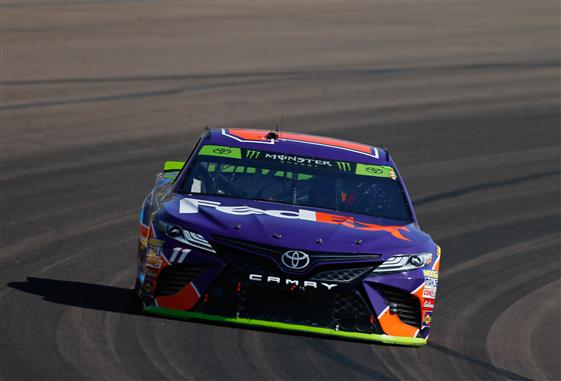 The MENCS will compete at ISM Raceway (Phoenix) this week in the Cam-Am 500(k). This is one of the shorter races of the season (341 miles) so starting position will be important. All of the drivers who finished in the top 10 in the March race started in the top 8. Last year we saw 9 of the top-10 finishers all started in the top 10. This is not the week to go to deep into the field to find your drivers in the SlingShot Auto Racing Contest.

Kevin Harvick was docked 40 points and now he starts the race 3 points above the cut line. The last time NASCAR took away a win from Harvick, the No. 4 team can out and won the race at Phoenix. I expect them to do it again. I will use Harvick to try and score the 20 bonus points for winning the race Sunday.

Kyle Busch has actually been the most dominant driver at Phoenix over the last two seasons. He has led the most laps (317) and the best driver rating (117) and he has a 3.6 average finishing position at the track since 2014. Busch qualified 6th and he should finish in the top 3 again at Phoenix.

Denny Hamlin often gets overlooked at Phoenix but he shouldn’t. He has led the 2nd most laps behind Kyle Busch (230) over the last two seasons. Hamlin was very fast in practice. I expect him to finish in the top 5 from his 10th starting position.

Daniel Suarez gets the 4th spot on my team. Joe Gibbs Racing is very good at this track and Suarez is racing to prove he still belongs in the MENCS. Suarez qualified 26th. He will have a good chance to score place differential points Sunday. Suarez has competed in 3 races at Phoenix and he has a 10.8 average finishing position.

In order to make the rest of my team fit, I need a punt play. David Ragan has been good in his career on the short, flat tracks. He has not been very good at qualifying this season, but he has been decent in the races. Ragan starts 31st so he has now where to go but forward in the race.