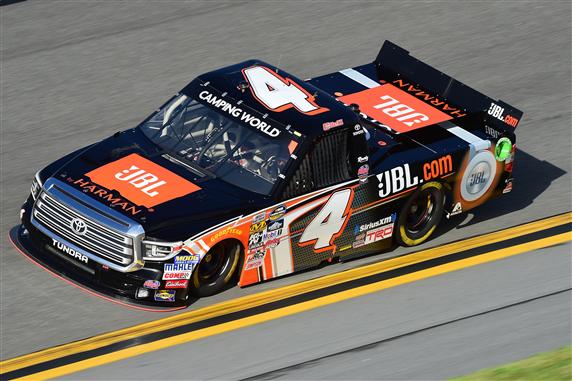 This was my first season playing the nascar.com Streak to the Finish game. I am in three leagues and it looks like I am going to win each of them. I learned a lot this year and I plan on having a lot longer Streak in 2018. I currently have 68 points for the season. Hopefully I can end the season with 72 points. Not bad for a beginner.

Last week was a disaster. I selected Matt Crafton for the Camping World Truck Series race, Erik Jones for the Xifinty Series race and Denny Hamlin for the MENCS race at Phoenix. Crafton was running in the top 10 when he was caught up in an accident with Austin Cindric. Jones led most of his race but finished 3rd. Hamlin had the fastest car in the field in the MENCS race but had a tire go down after Chase Elliott decided to see how his car ran while rubbing the No. 11 car.

All three series will compete this week at Homestead. I am starting a new Streak this week so I can use any driver I want. I am selected the three drivers I think will win the championship in their series.