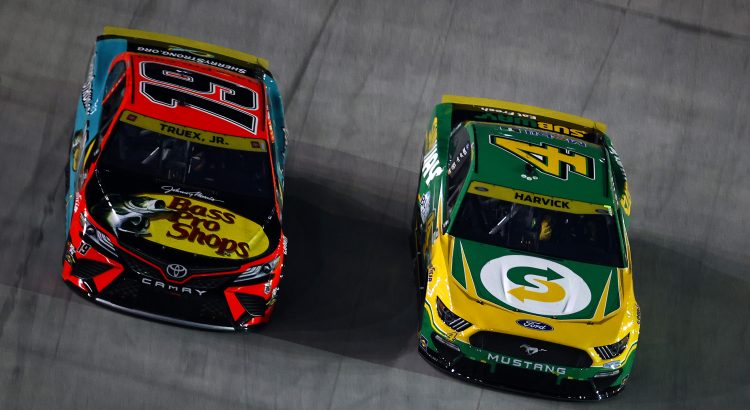 Here is my starting lineup for the race at Bristol…

KYLE LARSON (3): I had to pick between the Kyle’s for my Group A pick (Busch and Larson). I decided to go with Larson in my starting lineup. Larson posted the seventh-fastest speed in practice and qualified fifth for the race. Larson has a habit of dominating the races at Bristol. I will play Larson and hope this is one of those races.

JOEY LOGANO (2): Logano has been hit or miss this year. The No. 22 team brought a fast car to the track this week. Logano posted the third-fastest speed in practice and he had the seventh-fastest long-run speed. His car got tight in qualifying so he will start 20th. I am not worried about Logano’s starting position. He should be able to make his way into the top-10 before the end of Stage 1.

ALEX BOWMAN (6): Bowman has not been the most consistent driver this year but he is off to a good start in the playoffs. He finished the race at Darlington and the race at Kansas in the top-10. He finished fifth in the Bristol Night Race last year and he has a car fast enough to finish in the top-10 this week. I will take a chance with Bowman at Bristol.

AUSTIN CINDRIC (3): It is always risky to play a rookie in his first race at Bristol, but few rookies have had the success that Cindric had in the Xfinity Series at Bristol and few have the resources that Cindric has with Team Penske. Cindric posted the Second-fastest speed in practice and he qualified ninth for the race. I will roll the dice with the No. 2 car Saturday night.