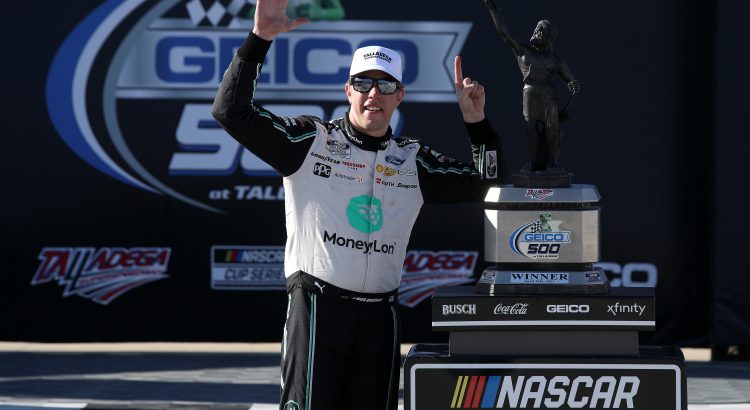 The Cup Series did not have a lot of track time to prepare for the race at Talladega. NASCAR decided to eliminate practice at the Superspeedway tracks because the teams did not want to jeopardize wrecking their cars. The teams were only allowed one lap in qualifying to show the speed they have for the race. We do not have a lot of data to work with so we will have to rely on what has happened in the past at Talladega for our picks Sunday.

Here is my starting lineup for the GEICO 500…

RYAN BLANEY (7): Blaney has been the most reliable driver on the Superspeedways. He has three wins (two at Talladega) and has finished seven of his last 10 races in the top-10. Blaney has led the most laps in two of the last three spring races at Talladega. He has also averaged 10 Stage Points per race and has a seventh-place average finishing position. Blaney starts 22nd Sunday but he she quickly make his way to the front. The Fords are setup for race trim this week.

BRAD KESELOWSKI (8): RFK Racing does not have the speed the top teams have on the shorter tracks, but they sure looked good at Daytona. Keselowski led the most laps in the Daytona 500 and he should be good in the GEICO 500. Keselowski won at Talladega in 2020 and he finished second last year. The No. 6 team desperately needs a win to make the playoffs and Keselowski knows this is the best track to get it done. I will take a chance with the driver with the most wins at Talladega on his resume.

BUBBA WALLACE JR. (8): Like him or hate him, it is tough to deny the success Wallace has had on the Superspeedways. He won the last race at Talladeaga and he finished second in the Daytona 500. Denny Hamlin said after the Daytona 500, “Bubba has figured out how to race at these tracks. Everyone wants to work with him because he is one of the best pushers in the field. He is going to win a lot of these races.” Hamlin has a good idea of what it takes to win on the Superspeedways so I will trust him and use Wallace in my lineup Sunday.

ERIK JONES (8): Jones has had a lot of success on the Superspeedways and the change from Joe Gibbs Racing to Richard Petty Motorsports has not slowed him down. Jones won at Daytona in 2018 and he finished second at Talladega in 2020. Jones has finished three of his last four races at Talladega in the top-10. He posted the fourth best Driver Rating in the Daytona 500 so the No. 43 team has had speed in the Gen-7 car on the Superspeedways. I will take a chance with Jones Sunday.