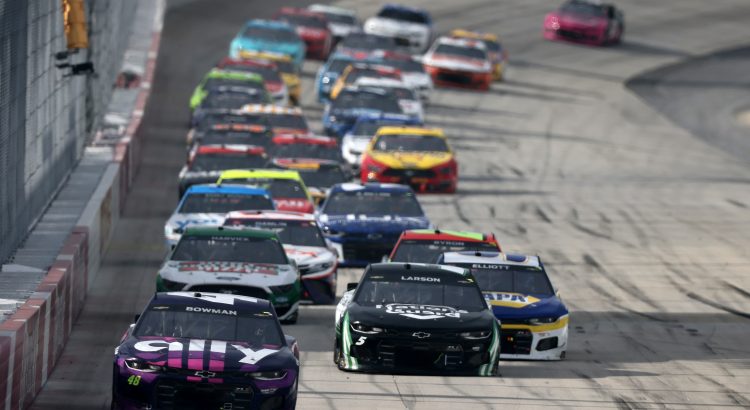 The Cup Series did not have a lot of track time to prepare for the race at Dover. NASCAR gave the teams 20 minutes to shake-down their car and prepare for the race Sunday. Some of the teams were able to make a long run in practice. This should give us an idea of who has speed and who needs some adjustments during the race.

Here is my starting lineup for the DuraMAX Drydene 400…

KYLE LARSON (7): I had Larson penciled in as the Group A pick before the season started and I will write it in pen now. Dover is the best track for Larson. He has finished outside the top three at the Monster Mile since 2018. The No. 5 car posted the fastest speed on the long-runs in practice and qualified third for the race. The allocations with Larson are valuable, but I will go ahead and burn one Sunday.

ALEX BOWMAN (8): Bowman won the last race a Dover. The No. 48 car looks fast again this weekend. Bowman ran five laps in practice and posted the 17th fastest speed, but that is because the car was tight and they spent the 20 minutes loosening it up. Bowman qualified sixth for the race, so it looks like they found the speed they were looking for.  Dover is one of the best tracks for Bowman and Hendrick Motorsports so I will use an allocation with Bowman Sunday and hope he can “back his way into Victory Lane.”

ROSS CHASTAIN (8): Are you surprised the No. 1 team showed up with speed in Saturday’s practice? You shouldn’t be. This team has been fast at nearly every track this year and that is why Chastain is in the lineup. The No. 1 team spent a lot of time trying to find a good balance for the race. Chastain qualified seventh, so the car has speed. I was planning to use two Hendrick Motorsports cars Sunday, but William Byron crashed his car and will start with the back. I will go with two Hendrick Motorsports and two Trackhouse Racing cars today.

DANIEL SUAREZ (7): Dover has been a good track for Suarez so I will use an allocation with the No. 99 car Sunday. Suarez finished 9th in this race last year. I will gladly take a 9th-place finish from Suarez Sunday. He posted the 14th fastest speed in practice and qualified eighth for the race. Austin Cindric would be the safer pick, but I will save my allocation with the No. 2 car for another track.