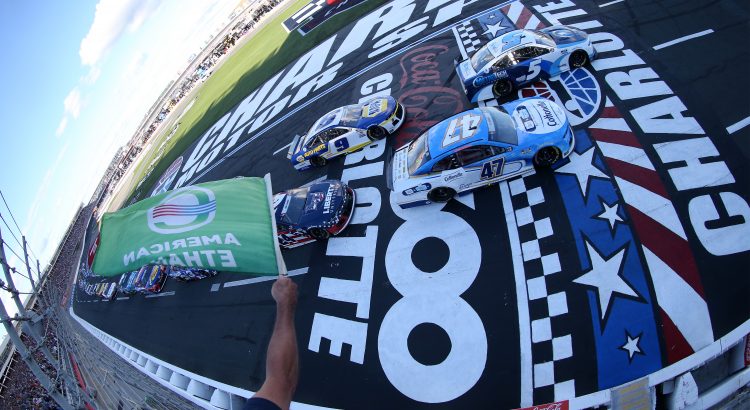 The Cup Series had their practice and qualifying sessions Saturday but I do not think it matters much. The race this week is 600 miles. That means the track conditions will change a lot and the teams will have plenty of time to work on their cars during the race. My thoughts on who will have a good chance to win the race did not change much after practice and qualifying.

Here is my starting lineup for the Coca-Cola 600…

KYLE BUSCH (6): Busch was my pick to win the Coca-Cola 600 on Tuesday and I still think he has a good chance to win Sunday night. There are going to be a lot of pit stops and his pit crew has been the best ever in the Cup Series. I like the speed the Joe Gibbs Racing cars have right now so I will use an allocation with Rowdy at Charlotte.

CHRISTOPHER BELL (7): Joe Gibbs Racing has looked fast ever since the calendar switched to May. Bell has been good on the 1.5-mile tracks this year and his crew chief (Adam Stevens) has won this race before. I have seven allocations left with Bell so I will use one of them Sunday evening.

KURT BUSCH (9): I have all 9 allocations with Busch left. I selected him for my team because I was hoping the No. 45 team would show up with the same speed they had at Kansas. Busch looked extremely fast again at Charlotte. I will use an allocation with Busch and save my other drivers for other races. The Toyota’s dominated the race at Kansas and they look like the cars to beat Sunday night.

AUSTIN CINDRIC (6): The Coca-Cola 600 is usually rough on rookies because they are not used to taking care of their car for 600 miles. I am not worried about Cindric though. He is a smart driver from a good team. Brad Keselowski had a lot of success in the Coca-Cola 600 and I think Cindric will have a good chance to finish in the top-10 in the No. 2 car Sunday night.