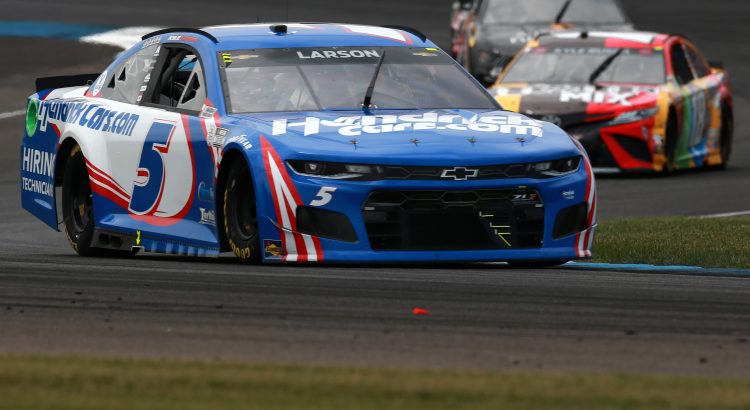 The Cup Series will compete at COTA Sunday. This race will be a lot better then what we saw in Texas last year. The track is hot and slick and the Gen-7 car has larger brakes and a rear suspension which should provide for some aggressive racing. It should be fun to watch. The Echopark Texas Grand Prix can be seen Sunday at 3:30 p.m. ET on Fox.

Here is my starting lineup for the COTA…

CHASE ELLIOTT (9): My strategy this week was to use Kyle Larson for qualifying points and use Elliott in the race. Larson did not live up to his end of the deal since he slid his tires and qualified 13th. Now it is Elliott’s turn to do his job and go out and win the race. He has won six of his last 12 road course races, including the race last year. I have been saving my allocations with Elliott for the road courses so I will use one this week.

TYLER RIDDICK (8): Reddick was good on the road courses last year. Reddick finished ninth at COTA, eighth at Road America, 10th at Watkins Glen and second at the Charlotte Roval. He showed up with a lot of speed this week. Reddick was fifth fastest in practice and qualified fourth. I would not be surprised if Reddick got his first win in the Cup Series this week.

CHASE BRISCOE (8): Briscoe is one of the better road course drivers in the Cup Series and he is definitely worth starting in Group B. Briscoe looked fast in practice and he finished sixth at COTA last year. He also finished sixth at Road America and ninth at Watkins Glen. Briscoe is running well this year and he should finish in the top-10 Sunday.

AJ ALLMENDINGER (9): The two best choices in Group C at the road courses are Austin Cindric and Allmendinger. Cindric has a lot of value at the oval tracks so it is a better idea to save his allocation and roll the dice with Allmendinger. There is no reason to believe Allemindinger will not finish up front Sunday. He won the Xfinity Series race Saturday and he finished fifth at COTA last year. Allmendinger is running all of the road course races this year and I plan to use him in each of these races.