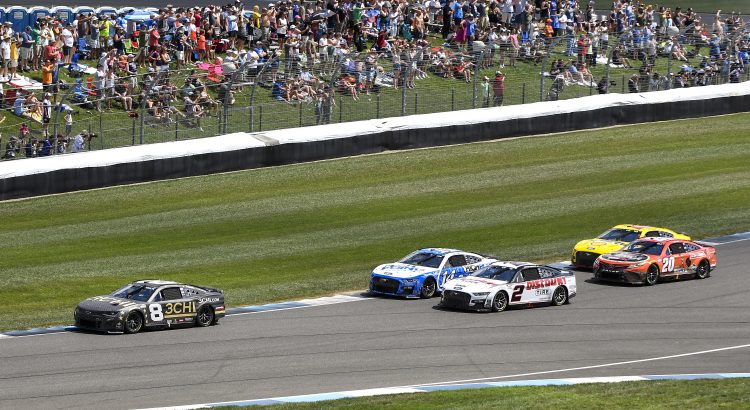 The Cup Series had their group practice and qualifying session Saturday. The teams had 20 minutes to dial in their cars for the Go Bowling at the Glen and then they set the starting lineup. The teams did not run enough laps in practice for the data to be useful in handicapping the race, but track position is important at Watkins Glen. I will consider the drivers who start up front with a good chance to score Stage Points a spot in my lineup Sunday.

Here is my starting lineup for the race at Watkins Glen…

CHASE ELLIOTT (4): I have been saving my allocations with Elliott for the road courses and there is no reason to fade him at Watkins Glen. Elliott finished 2nd, 1st and 1st in his last three races at the track. The No. 9 car has a lot of speed again this weekend. Elliott posted the second-fastest speed in practice and won the pole for the race. Elliott is going to be tough to beat Sunday.

TYLER REDDICK (5): Reddick won the last two races on road courses (Road America and Indy). Can he make it three in row Sunday? Reddick posted the eighth-fastest speed in practice with the second-fastest long-run speed. Reddick qualified fifth for the race. The weird thing about Reddick this year is that he has only scored one Stage Point, despite finishing up front in almost all of the Road Course races. I will still play Reddick and hope he runs closer to the front Sunday and still finishes in the top five.

CHRIS BUESCHER (8): Could Buescher become the 16th driver to visit Victory Lane before the playoffs start? I would not bet against him. He is very good on the road courses and he is good at Daytona too. Buescher nearly won the race at Sonoma in June. He has another fast car this week. Buescher posted the sixth-fastest speed in practice and qualified seventh for the race. This is a good race to use an allocation with Buescher.

MICHAEL MCDOWELL (8): I need to gain some ground on the competitors in my league and I cannot do it if we all have the same drivers. McDowell should be lower owned by our league competitors and he has a great chance to score well and maybe win the race. McDowell finished third at Sonoma, eighth at Road America and eighth at the Indy Road Course. He has scored the fourth-most Driver Group Game points on the road courses this year so I will take a chance with the No. 34 car Sunday.