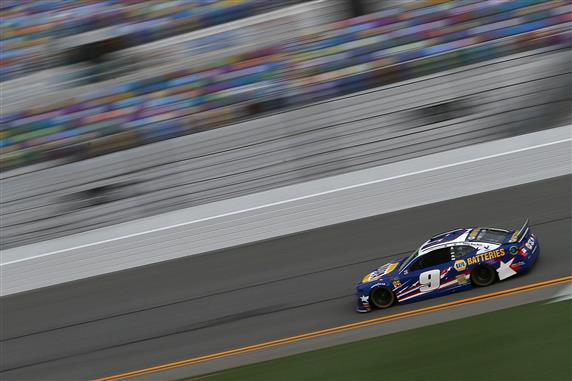 The Monster Energy NASCAR Cup Series will compete under the lights tonight at Daytona International Speedway. This is always an exciting race and also a risky race for your Fantasy NASCAR team. One wreck can take out your entire lineup. Sometimes you just have to play it safe.

Practice at Daytona is usually boring. That was not the case last Thursday. We saw 20-car packs mixing it up in the draft, just like we will see Saturday night. We also saw Brad Keselowski drive through the back of William Byron’s car to “Send a message to the field that Brad is not going to lift in the Coke Zero 400.”

I originally had Brad Keselowski as one of my drivers in Fantasy Live. I only have 3 allocations left with the Blue Deuce and I am replacing him in my lineup with Erik Jones.

I have heard numerous drivers talk about the incident between the No. 2 car and the No. 24. Kyle Busch, Martin Truex Jr., Denny Hamlin and Chase Elliott all said pretty much the same thing, “It is good to know how Brad is going to treat us in the race. He should expect the same from his competitors if he throws a block in the race.”

I do not want to use an allocation with one of my top drivers when it sounds the many of the drivers in the field are gunning for him. I will play it safe and use the driver who won this race last year, Erik Jones. The Michigan native has been on fire in Daytona. He backed up his Coke Zero 400 win with a 3rd place finish in the Daytona 500. I will take my chances with Jones Saturday night and save my allocation with Keselowski for another race.

Updated lineup for the Coke Zero 400…