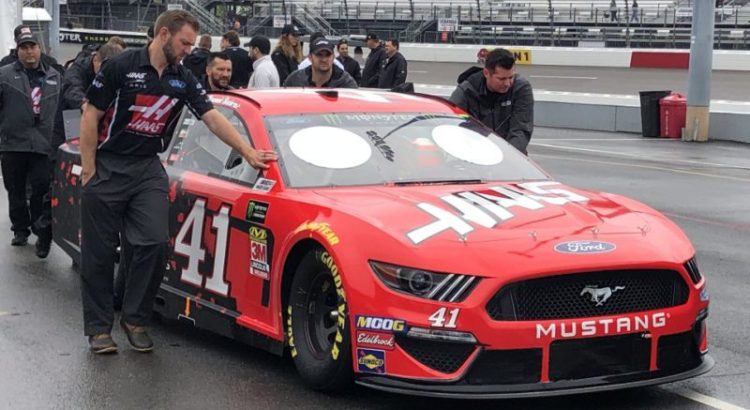 The MENCS will compete under the lights Saturday night at Kansas Speedway. Before the green flag can be waived, NASCAR had to inspect the cars to ensure each was legal. Well… the inspection was a mess. 11 cars failed the inspection. That means their qualifying times will be disallowed and they will start at the rear. These drivers will also be scored from the back in Fantasy NASCAR. That is a game changer so I had to make some changes to my picks.

I am keeping Kurt Busch as my One and Done pick. His original starting spot was 14th and after inspection it is 9th. Busch really liked his car in practice so I think he will run well Saturday night.

For those of you who can use a driver more than once, I will change the pick to Clint Bowyer. He is now on the front row and the word from the garage is that Stewart-Haas Racing gave him the best car they have to get to Victory Lane at his home track.

All of my drivers in the Driver Group Game passed inspection. I am not making any changes with my lineup. Kevin Harvick starts on the pole, Kurt Busch starts 9th, Erik Jones starts 7th and Daniel Hemric starts 18th.

My Fantasy Live lineup was hit the hardest by the inspections. Martin Truex Jr., Aric Almirola and Chase Elliott failed inspection so they will start from the back. Truex will start 31st so I am not too worried about him. There is a competition caution on lap 30 tonight so that should give crew chief Cole Pearn an opportunity to use pit strategy to gain track position. I will leave Truex in my starting lineup.

I changed Chase Elliott to Kurt Busch (Starts 9th) and Aric Almirola to Clint Bowyer (Starts 2nd). I also changed my Garage Driver to Chase Elliott. I wanted to use Kyle Busch but I am down to 5 allocations with him. I will use Elliott and if he makes his way through the field fast enough I will put him into my lineup.

I really like Kevin Harvick to dominate this race since his competition was all sent to the back. I will use Harvick in all of the bonus points positions and hope he can win a couple of Stages.

Here is my new lineup…