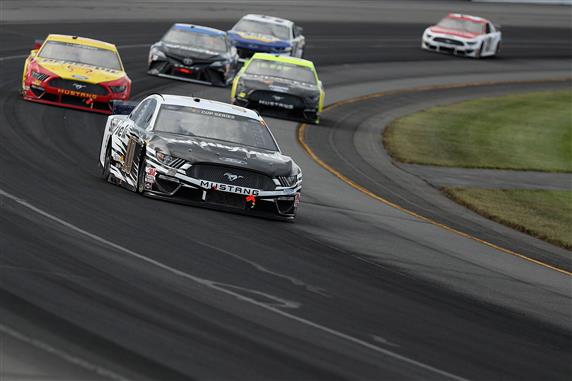 I stayed up late last night and work up early this morning to crunch the numbers and post the Fantasy NASCAR lineups. Just when I thought I had it all figured out, NASCAR threw me a curve ball. The following drivers will be going to the back for unapproved adjustments: Chase Elliott, Tyler Reddick, Erik Jones, Joey Logano, William Byron, Alex Bowman, Ryan Preece, Quin Houff and B.J. McLeod. I will have to update my lineups for Fantasy Live and the Driver Group Game. Hopefully no drivers fail inspection and force me to make more changes…

I originally had William Byron in my lineup but I do not want to use the No. 24 car when they start in the back. Instead I will use Brad Keselowski. We all saw how important strategy was yesterday. No one is better at using strategy to win a race then Keselowski. I will use another allocation with the No. 2 car Sunday.

William Byron was also one of my drivers for the Driver Group Game. I will remove him and use Matt DiBenedetto. The No. 21 car scored stage points in both stages Saturday and I think they will be going for maximum points again Sunday. I will roll the dice with DiBenedetto from the 8th starting position.