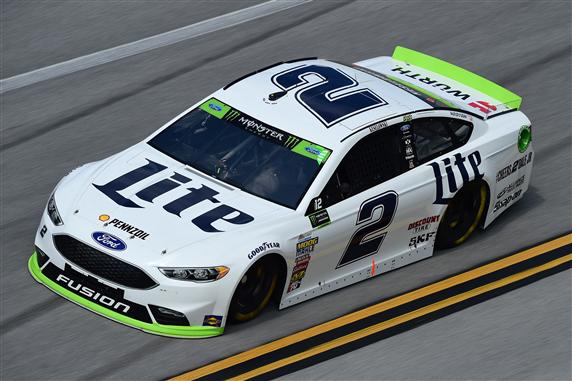 The Monster Energy NASCAR Cup Series competes at Talladega Superspeedway Sunday. Talladega is the most unpredictable tracks on the schedule. You must leave the best drivers on the bench this week and select the drivers you do not think you will use all of your allocations with. Any driver who starts the race has a good chance to win Sunday.

I picked Dale Eanrhardt Jr. and Chase Elliott for qualifying points and it worked out for me. The No. 88 and No. 24 will start on the front row and earned my team 16 bonus points.

Ricky Stenhouse Jr. (6): Stenhouse has been the best driver on the plate tracks this season. He has won two of the three races and this week he will be looking to tie Dale Earnhardt Sr. as the only driver to win three consecutive races on the Superspeedways. I feel pretty good about having the fate of my team in the hands of Stenhouse this week.

Austin Dillon (6): Dillon is a good restrictor-plate track driver. What makes him so good is his ability to stay out of trouble. That is the kind of driver you need this week. Dillon is pretty good at teaming up with his Richard Childress Racing teammates (Ryan Newman and Paul Menard) and working his way to the front. I expect Dillon to try to stay up front this week and score a lot of points for my fantasy team.

Michael McDowell (5): McDowell has been a reliable choice on the restrictor-plate tracks this season. He finished 15th in the Daytona 500 and 4th in the Coke Zero 400. He was running in the top 15 in the May race at Talladega when he was caught up in an accident. The No. 95 car has a Richard Childress Racing chassis and engine so he usually gets a lot of help from the drivers he is affiliated with (Austin Dillon, Ty Dillon, Ryan Newman and Paul Menard). McDowell should be a good pick Sunday.