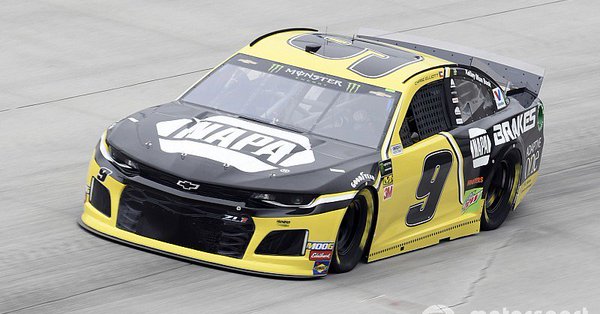 The NASCAR Cup Series will travel to Dover International Speedway this weekend for two races. Kevin Harvick was asked on SiriusXM NASCAR Radio if he thinks any driver will sweep the races this weekend. Harvick said, “They will surely earn it if they do. Dover is the most physically demanding track on the schedule. It is going to be really tough to have the physical and mental strength that it takes to win back-to-back races at this track.” If you pick a driver to win Saturday and he does not win; do not be afraid to go back to him for the race on Sunday. 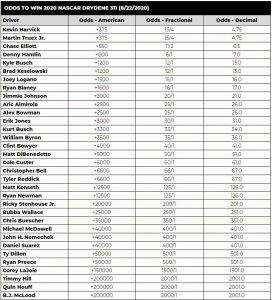 Denny Hamlin (6-1): Kevin Harvick and Martin Truex Jr. are both good choices but I will take the chance of winning more money with Denny Hamlin. The No. 11 car dominated the last race at Dover. Hamlin led 218 laps but a poor air-pressure adjustment on his last pit stop prevented him from going to Victory Lane. Hamlin has been on fire this season. He is my pick to win so I will put a few dollars on the No. 11 car Saturday.

Jimmie Johnson (20-1): Jimmie Johnson was asked one time if Dover is his favorite track. Johnson said, “The track just fits my driving style. I feel like I can drive this track in my sleep.” That probably explains why he has 11 Miles the Monster trophies in his house. Johnson should have a great chance to win from the sixth starting position.

Clint Bowyer (40-1): Clint Bowyer needs a good race. He is on the playoff bubble and Tony Stewart keeps talking about how Kyle Larson needs to be back in a Cup car and that is will not be long before Chase Briscoe is in the Cup Series. The race Saturday will be Bowyer’s best chance to win. He starts fourth. He finished both races at Dover in the top 10 last year and he finished second at Bristol in May. 40-1 odds are pretty good for a veteran driver starting in the second row.

Christopher Bell (66-1): Christopher Bell has had a lot of success at Dover in the Xfinity Series. He finished 1st, 1st and 4th in his last three races at the Monster Mile. Bell had one of his best races of the season at Bristol when he finished ninth in May. He has the pressure taken off of him now that he knows he has a ride at Joe Gibbs Racing in 2021. It would not surprise me if Bell has a chance to win at the end of the race Saturday.

Matt Kenseth (125-1): Matt Kenseth has not been very good this year but he could have a really good race Saturday. Kenseth will be driving the car that led 154 laps and went to Victory Lane at Dover last year. Kyle Larson dominated both races at Dover last year. You would think that Kenseth should be able to run in the top 10 with a chance to win the race. Kenseth won at Dover in 2016 so it wasn’t that long since his last trip to Victory Lane at this track. I will put a few dollars on him at 125-1 odds.