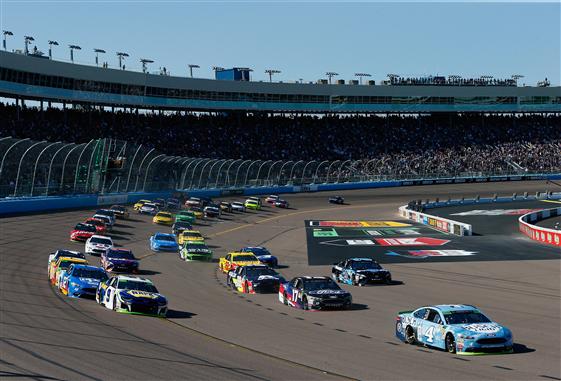 If you had one shot… One opportunity… To seize everything you ever wanted… In one moment… Would you capture it… Or just let it slip? (Eminem Loose Yourself). We will find out Sunday which driver will be able to capitalize on their opportunity to win the 2020 NASCAR Cup Series Championship.

The four drivers competing for the trophy are not the four drivers most people had in their final four. Kevin Harvick looked like a lock after he won nine races during the regular season. It sucks for the No. 4 team that they will not have a chance to win another championship, but Harvick entered to 2020 playoffs with the most playoff points in the history of this format. The point system benefitted him. Drivers cannot finish 16th and 17th in the final two races and still expect to advance to the championship race. The competition is just too strong in the Cup Series. 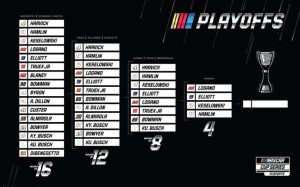 Stats for the Championship 4

** Flat tracks include Phoenix, New Hampshire and Richmond in 2020 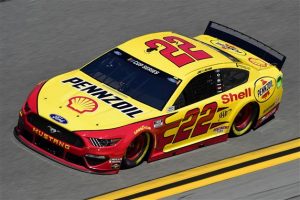 It is hard to believe that Joey Logano has been in the Cup Series for 12 years. The 30-year old driver from Middletown, Connecticut will be racing for his second Cup Series Championship Sunday. People say you have to lose one before you can win a championship. The No. 22 lost two before he won his first championship in 2018. Logano was dominating the race at Homestead in 2014. He came to pit road for the “money stop” with 18 laps left in the race. The car fell off the jack and Logano lost all chances of winning the race. In 2016 he was battling Carl Edwards to the lead in the final laps when the two drivers took each other out. The No. 22 had to overcome an uncontrolled tire penalty in the March race at Phoenix to earn a spot in Victory Lane. Logano will be tough to beat if the team can limited the mistakes in the pits.

Why Joey Logano will win… The No. 22 team was the first to secure a spot in the Championship race. They have put 100% of their attention on the championship car for the last three weeks. Joey Logano had the best car at Phoenix in March. He was one of the only drivers who could pass at the bottom or at the top in the traction compound. His “win at all costs” driving style is the recipe for a trip to Victory Lane Sunday.

Why Joey Logano will not win… Sometimes friends can go a long way in racing. Drivers tend to get raced the way they race the other drivers. I doubt the field will be giving Logano much room on the track Sunday. He is going to have to earn every spot on the track. While having two teams from one organization in the Championship Four may sound good; it could split up the resources between the No. 2 and No. 22 cars, while Denny Hamlin and Chase Elliott have the full support of Joe Gibbs Racing and Hendrivck Motorsports. 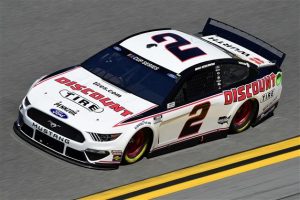 There were talks earlier this year about Brad Keselowski leaving Team Penske at the end of the season. Now the 36 year old driver from Rochester Hills, Michigan will be competing for his second Cup Series Championship. Keselowski won the 2012 championship. This was before the “knockout” style of scoring was introduced. Keselowski has competed in the final four in the current format only once. He finished fourth in 2017 while competing against Martin Truex Jr., Kevin Harvick and Kyle Busch for the championship.

Why Brad Keselowski will win… The No. 2 team has been the best on the short, flat tracks this season. Brad Keselowski totally dominated the races at New Hampshire and Richmond. He led 184 of the 301 laps at New Hampshire and went to Victory Lane and he led 192 of the 400 laps at Richmond and went to Victory Lane. Keselowski was also fast at Phoenix in March. The No. 2 car led 82 laps (second most to Chase Elliott), but the No. 2 team decided to stay out on old tires and it forced Keselowski to fade at the end of the race. I doubt they will make the same mistake Sunday.

Why Brad Keselowski will not win… Brad Keselowski has been very good at the short, flat tracks but Phoenix ranks as his worst. He only has one finish in the top 10 at Phoenix since the start of the 2017 season (six races). I also question who Team Penske really wants to win this race. They gave Joey Logano the best crew chief and left Keselowski with the most inexperienced crew chief before the season began. They know their future is with Logano. The team has also been working on the car for Logano for weeks. Did they focus on the No. 2 car at Phoenix? The good news is that Keselowski doesn’t need a savvy crew chief making decisions or the fastest car. He can make his own decisions and he has the talent to win this race without having the fastest car. Keselowski has done it many times in the past. 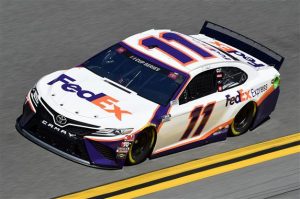 What a regular season it was for Denny Hamlin. The 39 year old driver from Chesterfield, Virginia will be racing for his first Cup Series Championship after he won seven races in the regular season. Hamlin was blistering hot in the summer. He finished first or second in eight races between the middle of June through the middle of August. He cooled off in the playoffs. Hamlin only has one finish in the top-10 in his last four races (9th place finish at Texas). He is going to need to find the speed he had over the summer if he wants to have the phrase, “Best driver to never win the championship” removed from his resume.

Why Denny Hamlin will win… Joe Gibbs Racing has a history of running well at Phoenix. They have won four of the last seven races in the desert. No other team has won more than once. It will really help Denny Hamlin to have all of the resources from Joe Gibbs Racing Sunday. I am sure they have been preparing a car for this race for weeks now. Like Joey Logano, Hamlin has lost his fair share of championships. He had the best car at Homestead last year but a billboard size piece of tape over the grill ruined his speed. The No. 11 team will be smart if they move the pit crew from the No. 18 team to the No. 11 car this week. Kyle Busch has had the fastest pit crew all season and it could be the difference in Hamlin winning or losing the championship.

Why Denny Hamlin will not win… Pressure. There is a lot of pressure on Denny Hamlin to get the job done. He desperately wants to win the championship before he retires. It is the only thing missing from his Hall of Fame resume. Sometimes the pressure to win can lead to mistakes. If Hamlin can simply go out and race like he did in November at Phoenix last year (lead 143 laps on his way to Victory Lane), he will be the 2020 champion. Hamlin finished 20th at Phoenix in March and 12th at Richmond in September. The No. 11 team is going to need to improve their short, flat track car for Hamlin to have a chance to win Sunday. 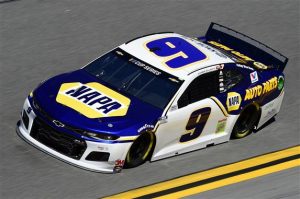 Why Chase Elliott will win… Chase Elliott will start the race Sunday from the same position he started the last race at Phoenix… from the pole position. Elliott took his track position and his No. 1 pit stall and led a race-high 93 laps. His car was fast the entire race and Elliott may have won if he did not have a lose wheel with 33 laps left in the race. Elliott will get the full support of Hendrick Motorsports this week. That means Chad Knaus and other crew chiefs will be helping with the setup of the car. If Elliott needs any advice on how to handle running for a championship; Jimmie Johnson, Jeff Gordon and his father will be there to give him all of the knowledge he needs. Elliott may be the underdog, but the No. 9 car should have the speed to win the race.

Why Chase Elliott will not win… Experience. It is tough racing in the final four. Everything must be perfect. Chase Elliott has proven that he is wise beyond his years, but he has never had to deal with the pressure of running in the championship four. Elliott has been good but not great on the short flat tracks this season. He finished 7th at Phoenix in March, 9th at New Hampshire in August and 5th at Richmond in September. Those are all solid runs, but they are not good enough to win a championship. Elliott and Brad Keselowski have never been to Victory Lane at Phoenix. He did finish second in 2017, so there is some hope for this young driver Sunday.

Be sure to check out my Fantasy NASCAR articles for Fantasy Live, the Driver Group Game and your One & Done contests this week. Also be sure to check out the DraftKings and FanDuel picks for the final race. You can follow me on Twitter @MrFantasyNASCAR