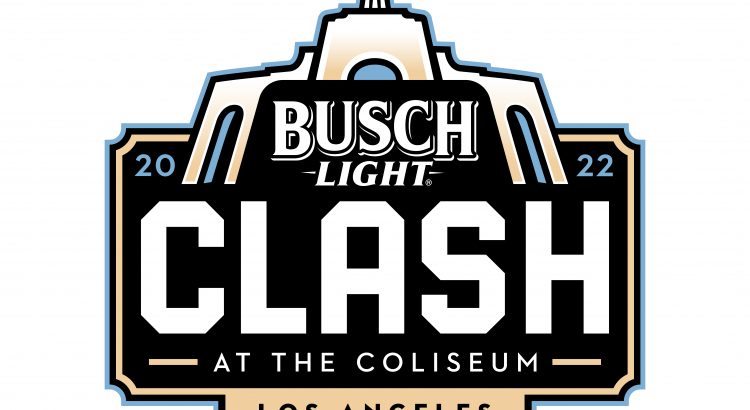 For the first time ever, NASCAR will kick off their season on the West Coast in the Busch Light Clash at the Coliseum. I understand why NASCAR made the decision to go to California. They get to share the spotlight in Los Angeles with the Super Bowl and they get to a chance to bring in new viewers to the race, but there are a lot of great short tracks in this country that could have been used for the Busch Light Clash race. This race may not be for everyone, but hey… at least we get to see the Generation 7 car on the track for the first time.

* Only the 23 drivers who qualify for the main event Sunday night will be scored in DraftKings contests. We will not know who these drivers are until Sunday evening. I will post the DraftKings lineups after the Last Chance Qualifying Race (approximately 5:30 p.m. ET)

This is a unique race so it has a unique format. The Los Angeles Memorial Coliseum was turned into a 0.25-mile asphalt oval track. Usually the Busch Light Clash race has roughly 20 drivers in the field, but 36 cars qualified for the 2022 race.

The race will start will four heat races. The drivers will be placed into heat races determined by where he qualified Friday. Each heat race will be 25-laps and will go by fast. The top-four drivers from each heat race qualify for the main race (The race on Sunday). The drivers who do not qualify will be placed into one of two 50-lap “Last Chance Qualifying” races. The top-three from the Last Chance Qualifying race will advance to the main race. One more driver will be added to the main race field based on the highest in the 2021 Points Standings. This will give us a field of 23 cars for the main event. 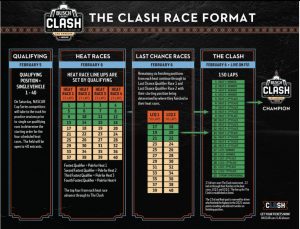 Handicapping this race is going to be tough. We have a new car on a new track so there isn’t any historical data to use to accurate predict what will happen. I have been listening to the drivers and crew chiefs interviews on Sirius XM NASCAR Radio every day and most of the drivers think the track will race like Martinsville or Bowman Gray Stadium in Winston-Salem, North Carolina. We can use the driver’s stats from the races at Martinsville and give the driver a bump in the rankings if he has some kind of success at Bowman Gray too

Here are the driver’s stats in the last three seasons at Martinsville…. 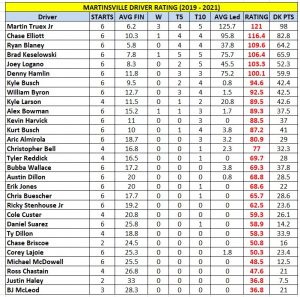 Some of the crew chiefs said their setup for the Busch Light Clash at the Coliseum will be similar to what they used at the Phoenix test on January 26th. We can use some of the stats from that test session to help predict who will be fast this weekend. 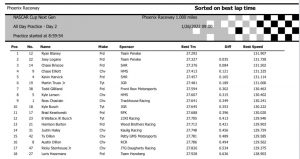 Another popular narrative from the drivers and the crew chiefs is that the race Sunday will be the most level playing field in the history of NASCAR. Horsepower will not come into play and the larger teams will not have an advantage because they have notes from previous races. Most crew chiefs from the smaller teams think the race Sunday will be their best chance to win all season. For that reason, it will be wise to bet some of the long-shots Sunday.

The odds are going to change drastically after the practice sessions, qualifying and the heat races are complete. I want to get some wagers in before any of the cars turn any laps on the track. Here are the Best Bets for the Busch Light Clash at the Coliseum…

Chase Elliott +650: There is a lot to like about Chase Elliott Sunday. The winner of the race will likely have to out-brake their competition into the corners, similar to a road course race. Elliott is the best on the road courses, so he should have no problem passing in these tight corners. He also finished first or second in two of the last three races at Martinsville, so Elliott knows how to get around a tight, narrow short track. How will Elliott perform in the new car? Elliott was the fastest non-Ford in the test at Phoenix. If a Ford doesn’t win Sunday, it should be Elliott in Victory Lane.

Joey Logano +750: Many of the drivers have said the Gen-7 car drives like a Late Model car. Logano said on “The Morning Drive Show” on Sirius XM that it should not take him too long to figure out the car because it feels like a Late Model car. Logano also had a lot of success out-braking drivers on the road courses. He was the third-best driver on the road courses last year (behind Kyle Larson and Chase Elliott). Logano also has a history of running well at Martinsville. He ranks in the top-five in average finishing position and Driver Rating at Martinsville. Logano was also second-fastest in the test session last week at Phoenix. Logano is a good bet Sunday.

Ryan Blaney +1200: The Fords have looked fast in most of the test sessions in the Gen-7 car. Have they figured something out already? We will find out soon. Ryan Blaney was the fastest driver at the test session at Phoenix. He has also been really good at Martinsville. Blaney’s 109.6 Driver Rating in the last six races at Martinsville is the best in the Cup Series. Blaney will be good if out-braking the competition in the corners is the key to success. Blaney has had a lot of success on the road courses so he knows how to pass drivers in tight corners. I thought about spreading out my picks between manufactures but I like what I have seen from Team Penske in the test sessions.

AJ Allmendinger +8000: If I only had $100 to place on one driver Sunday, it would be A.J. Allmendinger. The Busch Light Clash at the Coliseum sets up perfectly for Allmendinger. First off, he is not racing for points this year in the Cup Series so he really does not care who he pisses off. Allmendinger is just as good as Chase Elliott (and maybe better) at out-braking drivers into the tight corners on road courses. Allmendinger has had a lot of success at Martinsville too (when his car did not have mechanical issues). Allmendinger should have no problem passing cars and he will not be afraid to move them if they are holding him up.

(Long-Shot Pick) Ryan Preece +800 (For Top-5 Finish): I am not sure Ryan Preece can win the race but he is going to give it one hell of e a try. Just like A.J. Allmendinger, Preece is not worried about wrecking other cars. He does not have a ride this year (He is in a development role for Stewart-Haas Racing). Preece has always been known as a short track ace. The .25-mile track at the Coliseum should fit his driving style well. A top-five for Preece should be attainable if he makes it into the feature race.

(Long-Shot Pick) Corey LaJoie +800 (For Top-5 Finish): Corey LaJoie was not on my radar this week but then he hosted the “On Track” show on Sirius XM with Danielle Trotta. He said that he loves the new car and he thinks it fits his driving style better than the Gen-6 car. LaJoie also said that he won many races at Bowman Gray Stadium so he expects a good run Sunday. LaJoie said, “The playing field is equal this week. It is our best chance to win a race all season. If we do not finish in the top-five, it will be a failure. I feel that confident about this race.” I am not sure I completely believe LaJoie, but I will place some money on him to finish in the top-five.